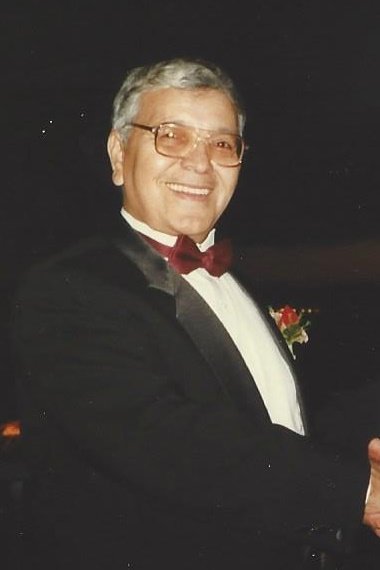 Please share a memory of Paul to include in a keepsake book for family and friends.
View Tribute Book
Paul Tony Baca passed away Monday, June 15, 2015 in La Crescenta, California at the age of 78. He was born August 25, 1936 in Brighton, Colorado. He was a resident of Southern California for the past 50 years. Paul was an employee at the Jet Propulsion Laboratory (JPL) for 30 years, where he worked on numerous high profile projects. Some of his favorite projects were the Hubble Space Telescope, the Mars Rovers, Galileo, Astros Target Tracker for the Space Shuttle and NASA/Scatterometer. He had many hobbies and interests but loved spending time with his Family and grandchildren. He is survived by his wife of nearly 50 years, Margaret, 5 children (JoDee Fisher, Wendy Crist, Paula Nishitani, Tina Lovato and Paul Baca II), 11 grandchildren and 11 great-grandchildren.
To send flowers to the family or plant a tree in memory of Paul Baca, please visit Tribute Store
Friday
26
June

Share Your Memory of
Paul
Upload Your Memory View All Memories
Be the first to upload a memory!
Share A Memory
Send Flowers
Plant a Tree