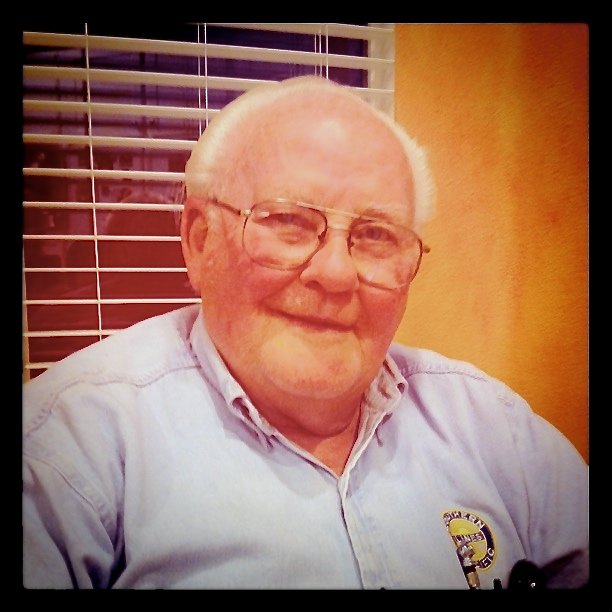 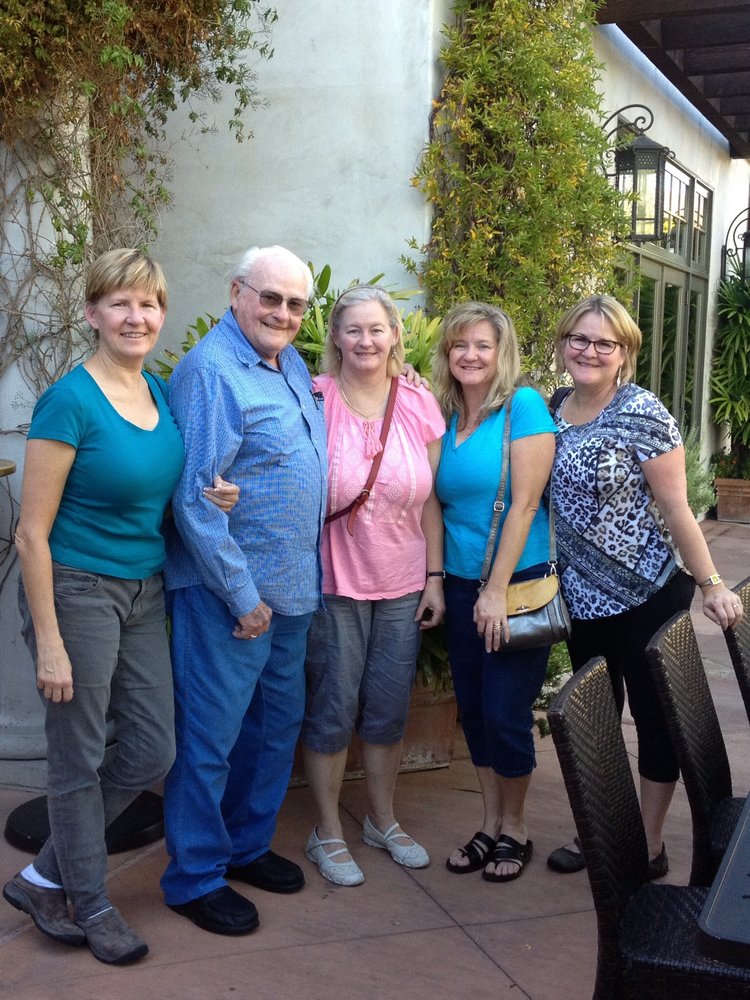 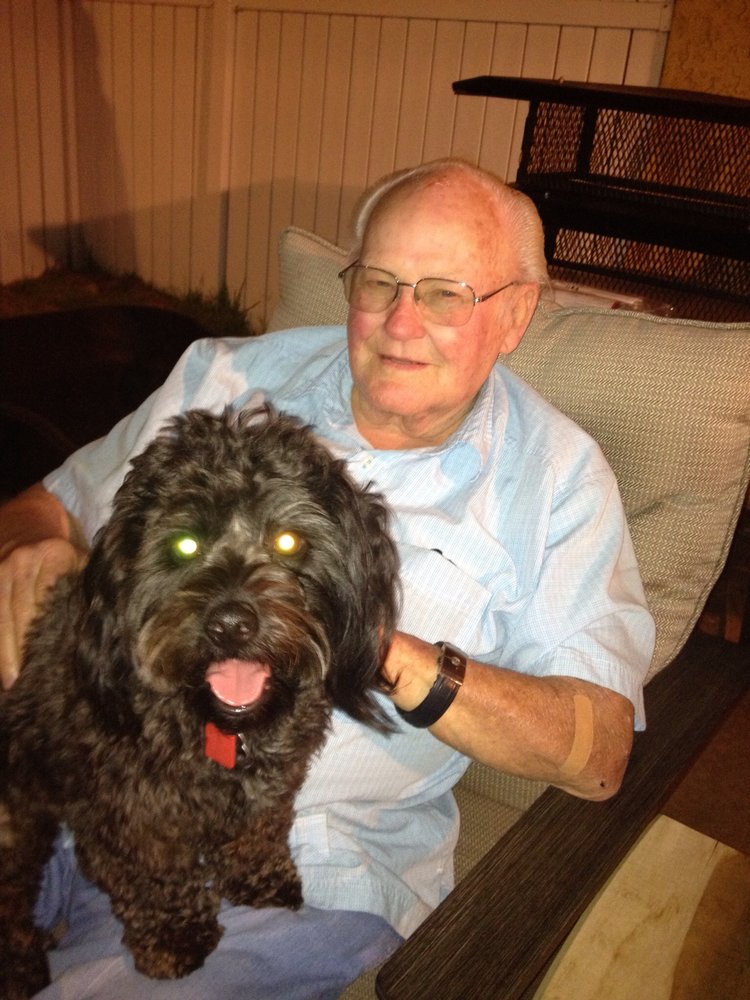 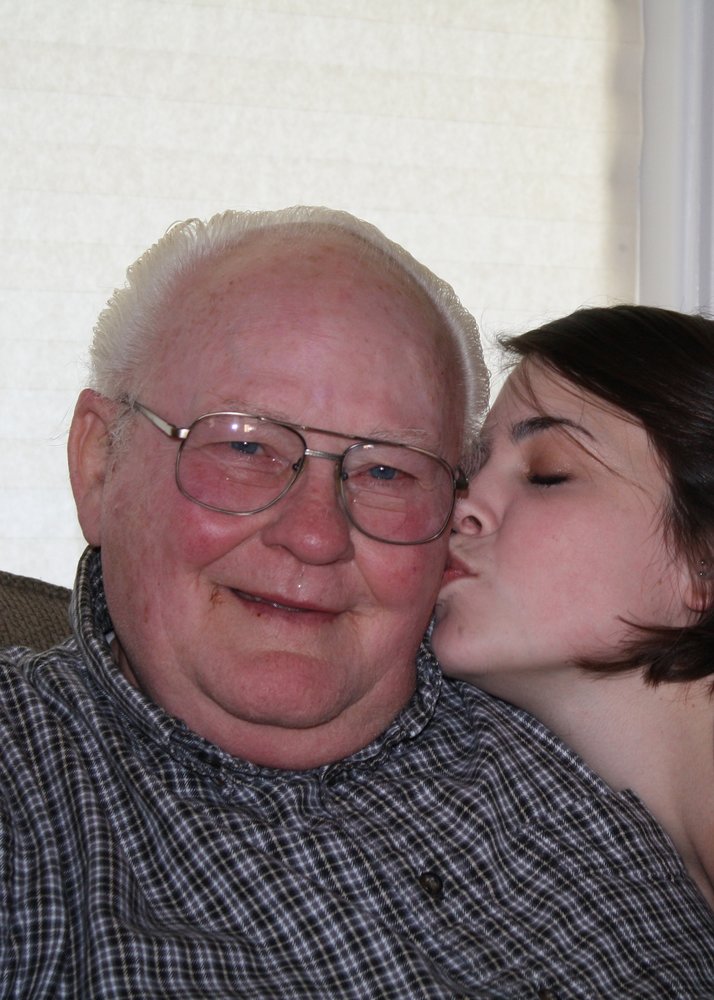 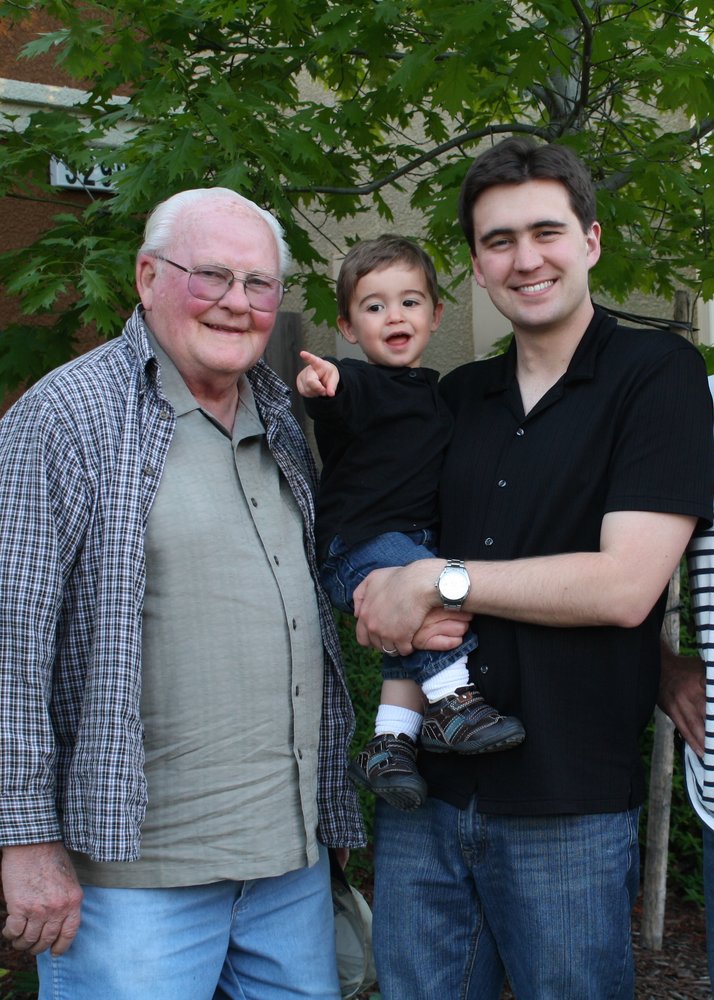 Please share a memory of Donald to include in a keepsake book for family and friends.
View Tribute Book
With a song in his heart and love of God, family and friends in his soul, Donald Hugh Friesen took his final train to join Carolyn Ruth Friesen, his wife of 54 years, on June 22, 2015. Don was born on January 5, 1934 in Washington, IA, the fourth child of Peter and Myrtle Friesen. Raised Mennonite, Don and his big brother Herb and three sisters, Rosa, Katy, and Betty, learned to praise God in song, and to love and honor family. The family moved to Des Moines, IA where Don spent his childhood, helping his family employed as a young paperboy and making his family proud as a Marbles champion. The family moved to Colorado Springs, CO where Don enjoyed his teen years, playing basketball on the city team, driving his car on the railroad tracks, and being mischievious beaming his lights on couples on lovers' lane! After high school Don decided to join the marines and moved to Camp Pendleton, CA. Joining the marines not only allowed Don to serve his country, but also gave him many lifelong buddies and the opportunity for a blind date with a beautiful blonde nurse named Carol. Don and Carol fell in love. Don converted to Catholism and married Carol and soon they had five daughters, Rose, Paula, Eileen, Carol and Jo. Don was a loving father who enjoyed coming home to hugs and kisses from his daughters, taught them how to play basketball and to waterski, and waited up for them when they went out on dates. Don also enjoyed dates with Carol, often commenting how proud he was to have her on his arm. Most of their “dates” included their daughters, enjoying Sunday morning at the donut shop, dinners out at their favorite Mexican restaurant, and Sunday night popcorn and rootbeer floats watching Disney and Bonanza. Don and Carol enjoyed their life together in Montrose, CA. Don started working as a appliance repairman soon after leaving the marines and eventually became the owner of Foster Appliances Maytag Service. Don was not the typical “lonely Maytag man” but had a thriving business that kept him busy and connected in the community. Don had the gift of good story telling and remembering everyone whom he met, and he was known for his generosity and kindness. Don displayed his capacity for love through his character and his interests. Don was an active member of Holy Redeemer parish, serving as a Eucharistic minister for many years. Don's love of singing never ceased and he joined a barbershop chorus. His barbershop quartet took time frequently to sing to hospital patients, nursing home residents, waitresses having birthdays, family members, anyone who needed some cheering. A great interest in trains led Don to HO model railroading and taking his family on road trips that typically involved a train ride or two. Somehow Don's train fascination became strong enough to manifest in his genes with his grandson Dustin and his great grandson Lucas both sharing the fascination. Don's greatest love was for God and the goodness of God that he saw in everyone. He befriended everyone and was always ready to help when help was needed, whether you were his family, friend or just someone he met at the rest stop and you needed money for gas. His generosity and kindness knew no limits. Donald's legacy continues in the love and memories of his many friends and family. Don is survived by his three sisters, Rosa Kempton, Katy Wallace, and Betty Magyar, and by his daughters and son-in-laws, Rose and Bill Faler, Paula and Jim Gallagher, Eileen and David Mosher, Carol Grant, and Jo and Herb Wedekind; by his grandchildren Donald and wife Theresa Gallagher, Jason Gallagher, Sara Gallagher, Dustin Mosher, Jeremy Mosher, Ashley Wedekind and Herb Wedekind; by his great-grandchildren, Lucas Gallagher and Muriel Gallagher; and by his doggy Cash. In lieu of flowers, please consider donating to one of Don's favorite charities, the Red Cross www.redcross.org, Barbershop Singing www.harmonyfoundation.org, California State Railroad Museum www.csrmf.org . A Memorial Mass for Don Friesen will be held on Saturday, August 29 at 2:00pm at Holy Redeemer Church, 2411 Montrose Ave., Montrose, CA Directors: Crippen Mortuary
To send flowers to the family or plant a tree in memory of Donald Friesen, please visit Tribute Store
Saturday
29
August

Share Your Memory of
Donald
Upload Your Memory View All Memories
Be the first to upload a memory!
Share A Memory
Send Flowers
Plant a Tree