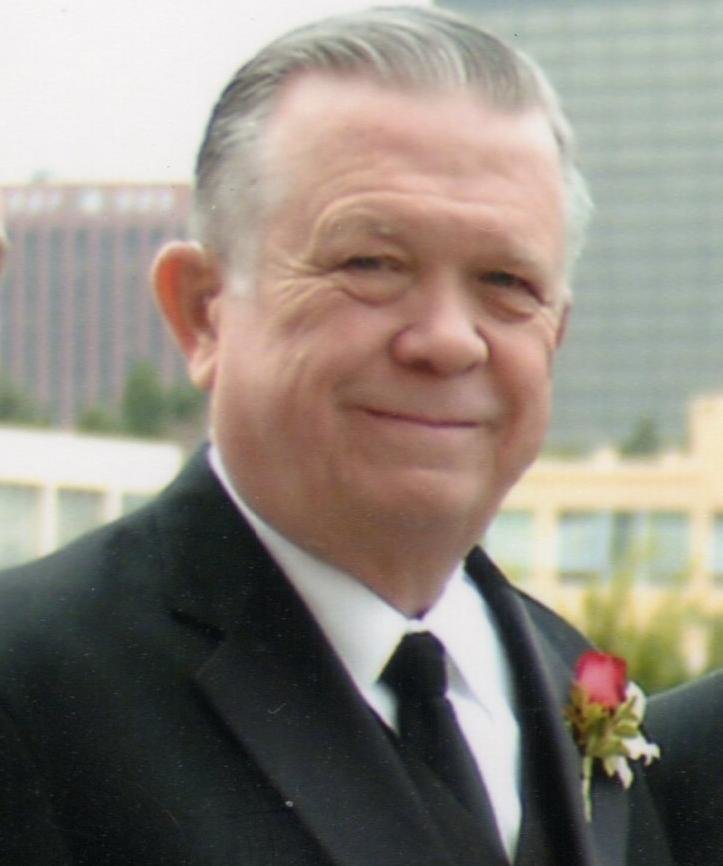 Please share a memory of Allan to include in a keepsake book for family and friends.
View Tribute Book
Allan Edward Fors Allan Edward Fors returned to his loving Heavenly Father on July 28th after a brief struggle with pancreatic cancer. He is survived by his wife Alicia, his children Jerry (Breanne) and Stephanie (Isaac), his grandchildren David, Elisabeth, Emmeline and Dominic, and his brothers Raymond (Judy) and Dennis (Linda). Allan was born in Los Angeles on October 8, 1940 to Mary Lois Sims and Allan Oscar Fors. He was raised in a loving home in Verdugo City before moving to La Cañada in his teens. He graduated from John Muir High School in 1958 before graduating from Brigham Young University in 1966 with an accounting degree. Allan was born with significant hearing loss but never let that deter him; indeed, Allan thrived despite his challenges. As a boy Allan loved to play baseball and eventually passed on that love to his son, spending many hours playing catch with him. Four weeks before his passing Allan continued a long and cherished family tradition by taking his grandson David to his first Dodgers game. Allan was also an Eagle Scout and carried the spirit of preparedness and adventure with him his entire life. Allan married Alicia, the love of his life, on October 29, 1977 and was sealed to her for time and eternity in the Los Angeles Temple of the Church of Jesus Christ of Latter-day Saints. Together they raised their children in Montrose. Allan would eventually pass away in that same home in Montrose, having spent virtually his whole life in the foothills of the San Gabriel mountains. Allan was a faithful member of his church his entire life. From 1961 to 1963 he served as a missionary for his church in his father's homeland, Sweden. Allan served many years as the financial clerk for the La Crescenta Ward. Allan worked as an auditor for the Milk Pooling Branch of the California Department of Food and Agriculture for thirty-three years before retiring in 2003. He was a loving and devoted husband and father; he was especially proud of Alicia and her popular bridal shop, Alicia's Formal and Tuxedo, which has been a mainstay in La Crescenta for over twenty years. Funeral services will be held on Monday, August 3rd at 10 am at the Church of Jesus Christ of Latter-day Saints, located at 4550 Raymond Ave. in La Crescenta. A viewing will take place from 6 to 8 pm on Sunday, August 2nd, at Crippen Mortuary in La Crescenta.
To send flowers to the family or plant a tree in memory of Allan Fors, please visit Tribute Store
Sunday
2
August

Share Your Memory of
Allan
Upload Your Memory View All Memories
Be the first to upload a memory!
Share A Memory
Send Flowers
Plant a Tree