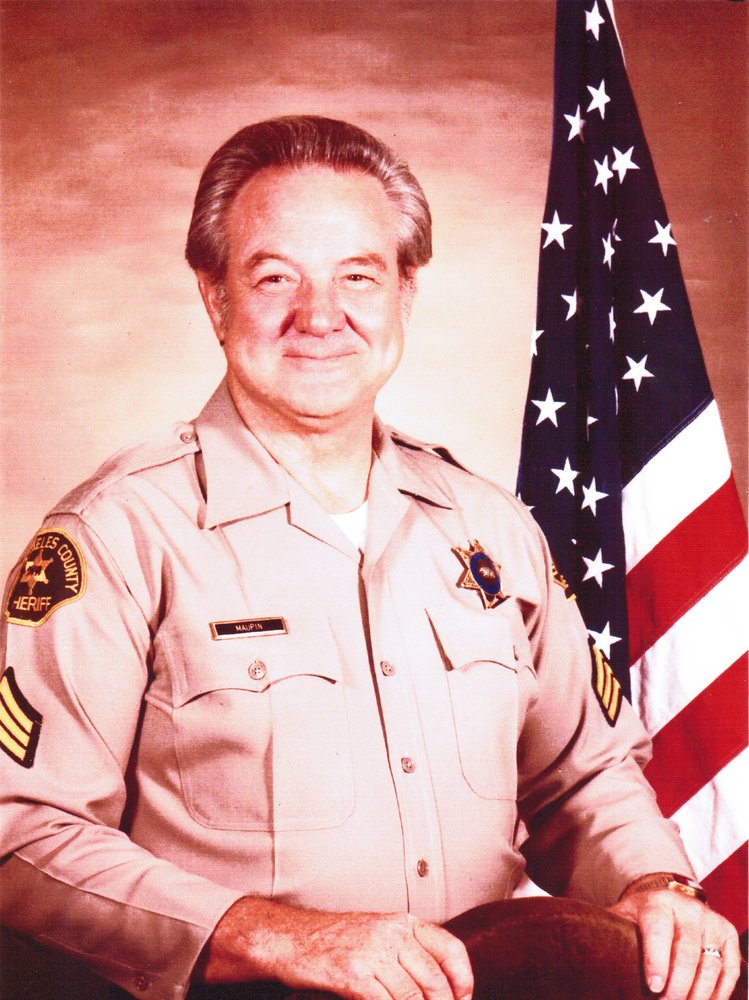 Please share a memory of William to include in a keepsake book for family and friends.
View Tribute Book
William Rodman (Bill) Maupin (86 Years) Born December 5, 1929 at Los Angeles County General Hospital to Fred Maupin and Hazel Elenore Rodman. Passed on January 29, 2016 in La Crescenta, CA. He was the last of five children (Fritz, Joanne, Caroline, and Marion). Bill served active duty in the Air Force from 1948 until 1952 and then in the Air Force Reserves until 1954. While on regular duty he was stationed at Scott Air Force base in Illinois as a Chief Flight Mechanic and Mechanic Instructor. Married to Della May Lamprich on November 3, 1951 in East St. Louis, Illinois. Bill returned to California with his wife and newly born daughter, Linda in 1952. Bill joined the Los Angeles County Sheriff's Department where he worked in various assignments until he retired at the rank of Sergeant in March of 1984. His real love and lifetime hobbies were working on cars and repairing clocks. Never one to sit idle, Bill also started a construction business with his friend John Coleman. He is survived by his wife of 64 years, Della. His daughter Linda DeLegal (Larry), son Bill Maupin, Jr. grandsons David, Michael (Andrea), Jarod, and Jason (Kristina). A Memorial Service will be held on Friday, February 5, 2016 at 2:00 pm at the Crippen Mortuary Chapel at 2900 Honolulu Avenue, La Crescenta, CA 91214. Funeral Directors: Crippen Mortuary
To send flowers to the family or plant a tree in memory of William Maupin, Sr., please visit Tribute Store
Friday
5
February