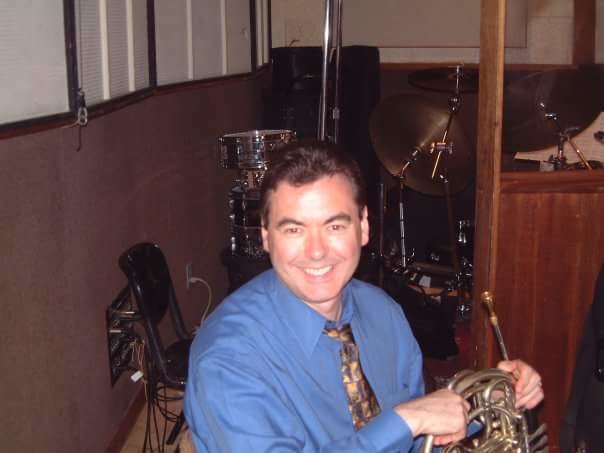 Please share a memory of Brian to include in a keepsake book for family and friends.
View Tribute Book
Brian Dennis Adger O’Connor, 64, of La Crescenta, California, passed away on March 4th, 2016 at UCLA Ronald Reagan Medical Center after a 12 year battle with brain cancer. Memorial services for the Los Angeles area will be held at Lutheran Church in the Foothills on Saturday, March, 26, 2016 at 2:00pm with Pastor James Bullock officiating. Crippen Mortuary will be handling the funeral arrangements. Memorial services for the East coast will be held at Albright Funeral Home, Apex North Carolina on Sunday, April 2, 2016 at 4:30pm with Pastor Andy Burggraff officiating. Brian was born in Albuquerque, NM to Joe and Adger O’Connor on December 6, 1951. He earned a Bachelor of Fine Arts from California Institute Of The Arts. He was a world renowned French Horn musician and recorded music for over 3800 motion pictures including well known films such as “Paulie”, “Spider Man”, “End of Days”, “Star Trek: First Contact”, “Star Trek: Generations”, “Contact”, “The Lion King”, “The Lost World: Jurassic Park 2”, “Crimson Tide”, “Backdraft”, “A League of Their Own”, “The 6th Man”, “Gattaca”, and the TV shows, “Star Trek Deep Space Nine”, “Star Trek Voyager”, “Batman Cartoons”, “The Others”, “China Beach”, “The Carol Burnett Show”, “Winds of War”, “War and Remembrance” for over 30 years in addition to his position as a private horn instructor and professor for the UCLA Music Department for 10 years. During his career Brian performed live for such organizations as American Ballet Theatre, Disneyland, and the Oscars. He was member and held the role of Chairmen of the Board for Musicians Union Local 47 AFM. He was an avid pilot and greatly enjoyed flying his Cessna 172. Brian is survived by his son, Sean O’Connor of Raleigh, NC and cousin, Jim Forrer of Seattle, WA. He is preceded in death by his mother, Adger O’Connor, father, Joe O’Connor, and wife Coral J. O’Connor. Memorial donations may be made to UCLA Neurology Foundation Please send your check or money order to: Attention: Nushie Gharib UCLA Neurosurgery Development Office 300 Stein Plaza, Suite 562 Los Angeles, CA 90095-6901 Make check payable to UCLA Foundation In the memo line of the check write “For the research of Dr. Linda Liau” The family wishes to extend their gratitude to the facility, doctors, and Dr. Linda Liau of the UCLA Ronald Reagan Medical Center for their ongoing care and support.
To send flowers to the family or plant a tree in memory of Brian O'Connor, please visit Tribute Store
Saturday
26
March

Share Your Memory of
Brian
Upload Your Memory View All Memories
Be the first to upload a memory!
Share A Memory
Send Flowers
Plant a Tree