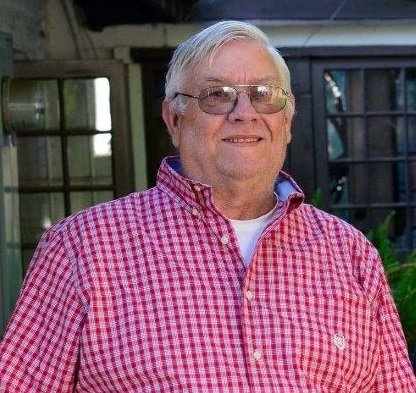 Please share a memory of Thomas to include in a keepsake book for family and friends.
View Tribute Book
Thomas Aidan Sadler died Saturday night, August 20, 2016 at UCLA from complications of idiopathic pulmonary fibrosis. Born October 27, 1946, he grew up in La Crescenta, California the son of the Rev. C. Boone Sadler, Jr. who was the rector of St. Luke’s of the Mountains for thirty years and Mary Maud Sadler. He is survived by his mother, his wife Rosario (Chats), his son Charles Aidan (Chad) Sadler, step-son Ken Tsuchiya, sisters Rachel Sadler Mueller, Genevieve Sadler James, Elizabeth (Betsy) Sadler Northam, brothers-in-law, Jack Northam and Richard Mueller, nephews J.J. Northam and Jack Curtis Northam, and niece Amber Noel Young. Thomas Aidan graduated from Crescenta Valley High in 1964 where he played football, ran track and still holds the school record in the high jump. He attended Glendale Jr. College and Cal State Northridge where he majored in chemistry. In 1965 he joined the Marine Corps, serving in Hawkeye missile operations at the Redstone Arsenal in Huntsville, Alabama. Upon his release from the Marines he worked for twenty years as a warehouseman for Ralph’s grocery. After retiring he achieved mechanical and HVAC certifications returning to the Ralph’s plant in maintenance, doing what he loved, taking things apart and fixing them. He became a licensed contractor in both roofing and electrical and in his spare time became a locksmith. Along the way he collected every tool known to man which he generously loaned to friends when needed. Also in retirement he became a passionate football referee, excelling in learning all the intricacies of the game. He loved his journeys to the High Sierra Mountains, backpacking and fishing, and hunting wild boar on Santa Cruz Island. His adventure stories as a certified scuba diver were both animated and legendary. Part of him was a farmer at heart with a dream of a big tract of land to play on, but he made due by raising chickens, geese, pigs and a garden on his Tujunga property . He raised bees and at one time had a flourishing business hauling hundreds of bee hives into the almond orchards of California for pollination. He loved classical music, played the trumpet and loved poetry, particularly the work of Robert Service. He could recite a poem at any moment much to the surprise and delight of everyone. A good evening for Aidan was one spent with a fire, his family, his dogs and his poems. Outgoing and gregarious, Thomas Aidan was known to some as Tom, and to others as Aidan but to all he was a powerful influence. He loved people, loved to talk and connected easily with everyone. He was one of a kind – truly unique, the big-hearted, the bear, demanding, absolute, invincible, fun-loving, tell-it-like-it-is. Services will be held Saturday, August 27, 2016 at 11:00 am at St. James the Less Catholic Church, 4635 Dunsmore Avenue, La Crescenta, CA. A reception will be at St. Luke’s of the Mountains at noon. In lieu of flowers and in memoriam contributions can be made to St. James the Less or to Camp Stevens, P.O. Box 367, Julian, CA 92036, a mountain retreat of the Episcopal Church established by Aidan’s father.
To send flowers to the family or plant a tree in memory of Thomas Sadler, please visit Tribute Store
Saturday
27
August

Share Your Memory of
Thomas
Upload Your Memory View All Memories
Be the first to upload a memory!
Share A Memory
Send Flowers
Plant a Tree