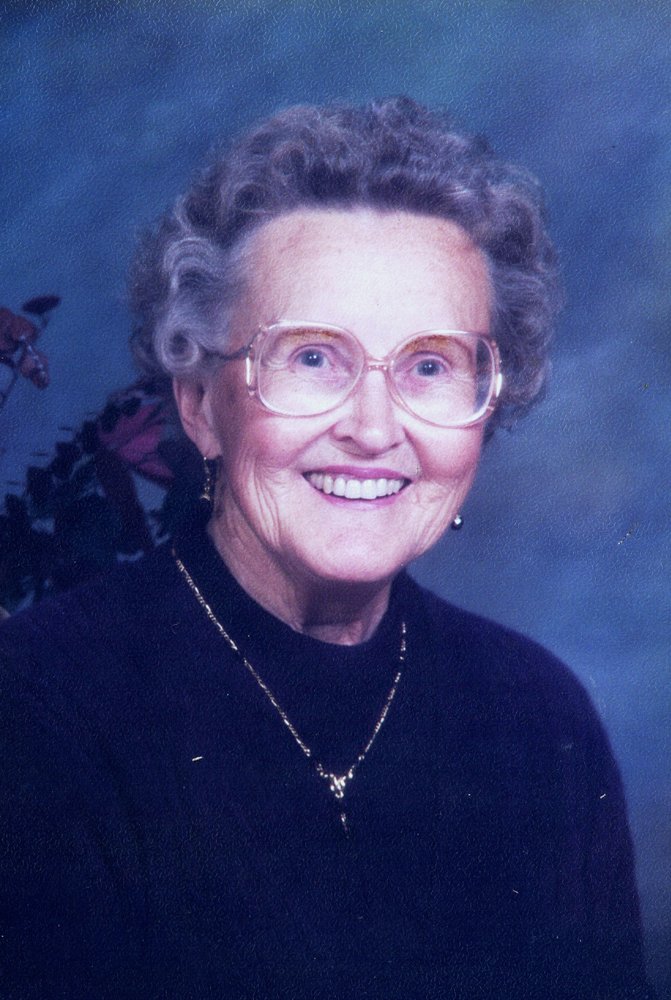 Please share a memory of Phyllis to include in a keepsake book for family and friends.
View Tribute Book
Phyllis Jeanne MacDonald, 91 Phyllis Jeanne MacDonald died of natural causes on August 14, 2016 in La Crescenta , California. She was born on February 27, 1925 in Orosi, California, to her parents, Frank and Norma Popelka. Phyllis moved to Montrose in the late '30's and graduated from Glendale High School in 1943. In March of 1946, Phyllis married Bruce Mace MacDonald and lived in La Crescenta until her passing. She was preceded in death by her parents, Frank and Norma, her husband, Bruce and her brother, Kent Popelka. She is survived by her two sons, Kirk Stewart MacDonald of La Crescenta and Gary Randall MacDonald of San Diego, and her daughter-in-law Wendy Louise MacDonald of San Diego. She is also survived her grandchildren, Ian Bruce MacDonald of Alameda, California; Brianna Joy MacDonald of San Carlos, California; and Megan Kathleen MacDonald of La Mirada, California. Phyllis was also the great grandmother to three boys, Connor Bruce MacDonald and Brent Robert MacDonald, both of Alameda, California and Michael MacDonald Sandoval of San Carlos, California. She was also the aunt and great aunt to many nephews and nieces. Phyllis had many accomplishments: she was the PTA President of Dunsmore Elementary School, a member of PEO and of Amaranth and retired from JPL where she worked for many years. She was also an active member and a deacon of the La Crescenta Presbyterian Church. Her greatest achievement, however, was her role as Mom, Grandma, Great Grandma and Friend; especially to her dearest and best friend, her sister-in-law, Virginia MacDonald. Her favorite pastimes included: gardening, canning, baking, sewing and crocheting, teaching her grandchildren how to do cartwheels, attending sports' events as a vocal and excited fan whether it be her son's track meets or her grandchildren's many sports events. She was the beloved Team Grandma to the Occidental Women's Varsity Soccer Team where her youngest grand-daughter played. Phyllis left a legacy of giving, forgiving and love. She is loved by many and will be missed by all. A private service was held on August 26, 2016 at Smith Mountain Cemetery in Dinuba, California, where she was laid to rest beside her late husband, Bruce. A memorial service to honor and celebrate Phyllis' life will be held on Saturday, September 24, 2016 at 10:00 AM at the La Crescenta Presbyterian Church, 2902 Montrose Avenue, La Crescenta, California, with a reception at the church following the service. In lieu of flowers the family requests donations be made in Phyllis' name to Descanso Gardens, The Stroke Research Program at Glendale Adventist Hospital, Oakpark Convalescent Home or the La Crescenta Presbyterian Church. The family wishes to extend their appreciation to Oakpark and to Dr. Leland Watkins for the wonderful care given to Phyllis. May God bless us all.
To plant a beautiful memorial tree in memory of Phyllis MacDonald, please visit our Tree Store

Look inside to read what others have shared
Family and friends are coming together online to create a special keepsake. Every memory left on the online obituary will be automatically included in this book.
View Tribute Book
Services for Phyllis MacDonald
There are no events scheduled. You can still show your support by planting a tree in memory of Phyllis MacDonald.
Plant a tree in memory of Phyllis
Share A Memory
Plant a Tree