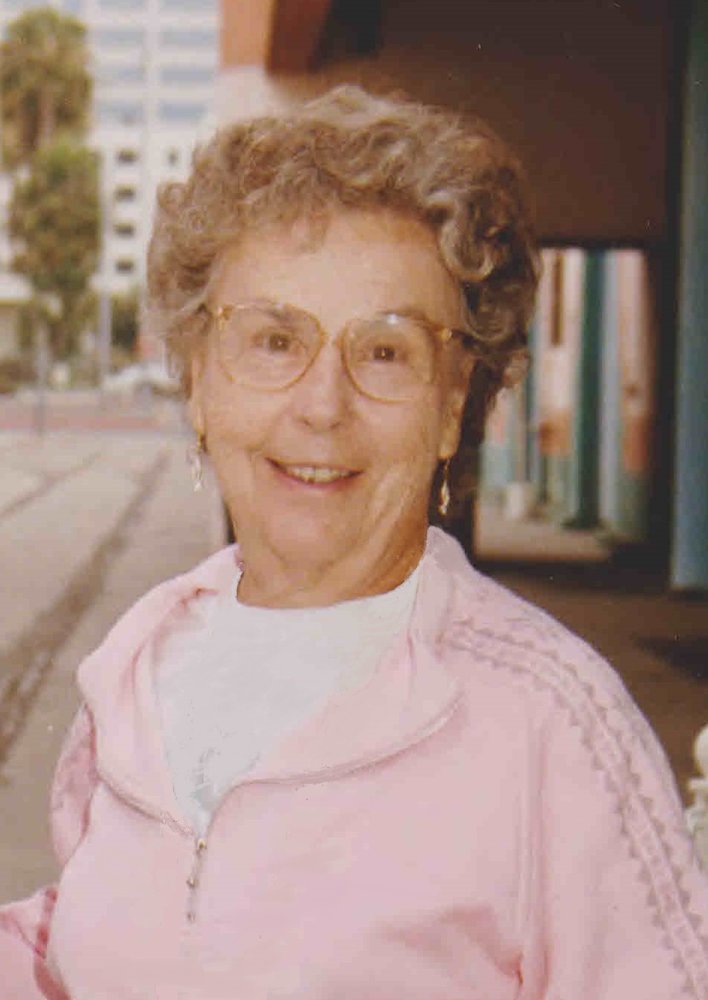 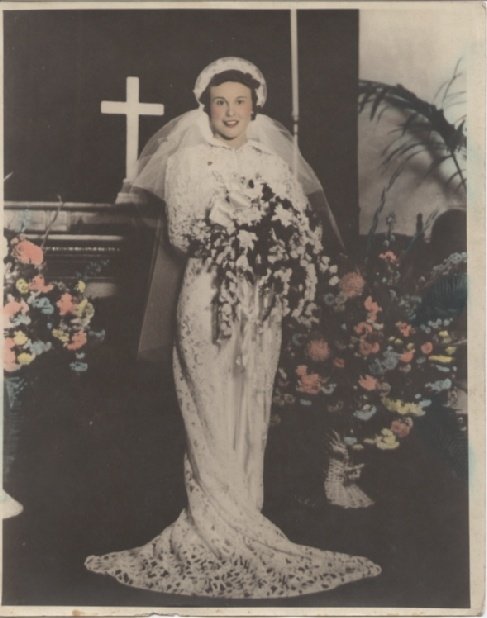 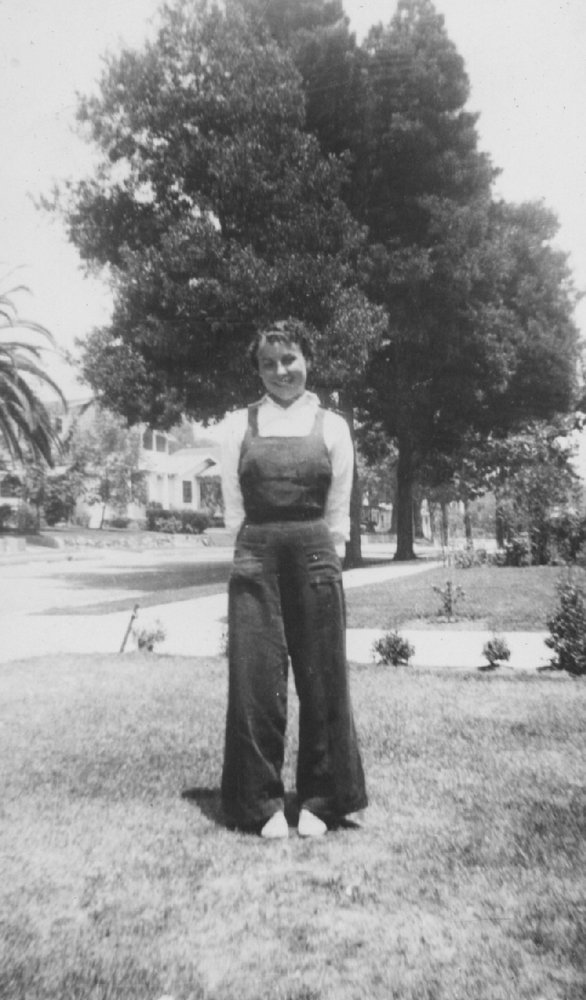 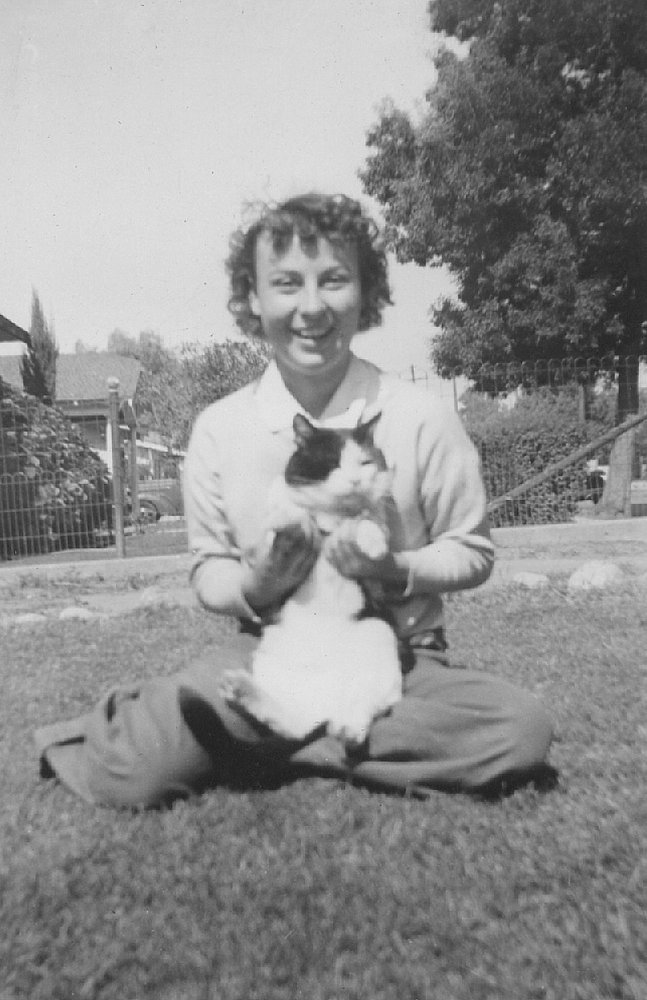 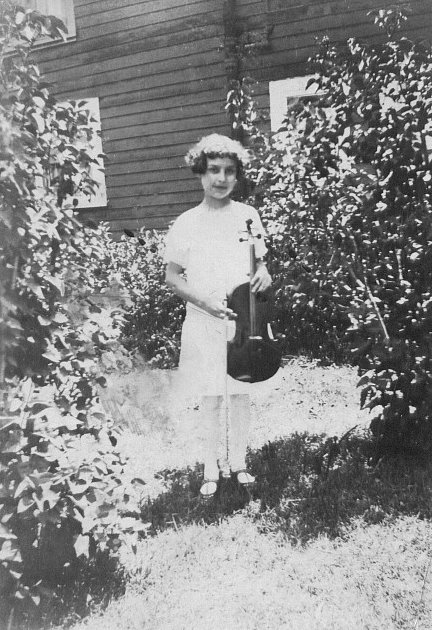 Please share a memory of Ruby to include in a keepsake book for family and friends.
View Tribute Book
A Fond Remembrance of Ruby Earney April 15, 1919 - March 13, 2017 All of those who knew Ruby would say that she lived all 97 years of her life to the fullest. She was born in Gregory, South Dakota April 15, 1919. Nine months after her birth, Ruby, her parents, Mary Ann and Rudolph Poelke and sister, Martha came by train to live in the Highland Park area of Los Angeles. Her brother, Rudy was born after their arrival and the family made their first home at 111 North Avenue 59th Street. Ruby embraced the love of music at an early age. Following the tradition in the Poelke family that each child should play a musical instrument, Ruby learned to play the violin when she was seven years old. In high school, Ruby enjoyed playing the trumpet and music had become one of her major interests in her long life. Ruby attended Franklin High School, graduating in Winter of 1937 and after graduation she married Edward (Bud) Earney. The newlyweds settled in South Gate, California where their son, Eddie and daughter, Arlene were born. The family later moved to Highland Park where their third child, Donna, was born in 1946. In the mid-1940s, Ruby enjoyed the family outings on their boat moored at the Bay Shore area of Newport Beach and day trips with grandma Mary Ann, husband, Bud, and children in their La Salle motorcar on many Sundays. Still embracing her love of music — in the 1950s, Ruby played 2nd violin in the Highland Park Symphony Orchestra and played the piano at home. She enjoyed cooking for her family and entertaining friends at home. In the early 1960s, Ruby entered the working world as a loyal employee of Young’s Market Company and the family expanded as Ruby became a loving grandmother of Michael and Eileen (Susie) Barbey, Lee and Cherie Cardon and Trina Earney. In the seventies Kelly and David Earney were welcomed to the world much to the pleasure of Ruby and her family. It was in the Seventies, Eighties and Nineties that Ruby wholeheartedly embraced traveling — venturing out on trips around the Pacific Northwest, Hawaii, Mexico and short trips around California and outings with Arlene, brother Rudy, sister, Martha and their families who enjoyed camping and water sporting events. After her retirement from Young’s Market Company in 1984, Ruby traveled beyond the United States to Germany, France, Cicely and England. Having the freedom to travel was another enjoyable facet in her remarkable life. In her leisure time she learned to play the classical guitar and purchased an organ that gave her hours of pleasure while playing for herself and others a wide range of musical renditions. She also took up the hobby of woodcarving enthusiastically while rekindling her interest in crocheting, knitting and craft making — all of which were beautifully displayed in her apartment. In her eighties, Ruby enjoyed excellent health and her travels continued without ceasing. She took pleasure in looking after her highly acclaimed rose garden and beautiful flowers at her home in Eagle Rock. Passing neighbors enjoyed the sight of fragrant, colorful blossoms and that made her proud. Ruby enjoyed living in her home in Eagle Rock, and while in her nineties, her daughter, Donna, became concerned about her safety alone in her home, so she moved her into the Burbank Senior Artists Colony where she resided and Ruby began a new phase of her life that was very enjoyable. Having outlived her friends, Ruby made many new friends her age and partook in many activities and musical entertainment offered there. She joined the chorus, art classes, swimming and aerobic exercises, a writing class and until very recently one of her favorite activities — the drum circle where the kept perfect rhythm with Clarence — a world renowned drummer who leads the group. Daily, she enjoyed working on her Word Search puzzles by the fireplace in the clubroom and visiting with her friends who were passing by. Unfortunately, Ruby became weaker as time passed and was affected by Congestive Heart Failure and 2016 was the first year in her life that she had to deal with serious health issues. At 97 years, she began to feel the effects of declining health but she was unfailing optimistic about her situation and her positivism was greatly admired by all that knew her. Ruby passed away peacefully in her apartment in Burbank on March 13, 2017 — nearly two weeks before her ninety-eighth birthday. She is survived by her three children, Edward S. Earney, of West Sacramento, Arlene Louise Picek of Agoura Hills, and Donna J. Cardon of Burbank, California. She leaves seven grandchildren, numerous great-grandchildren and many friends and neighbors who love her dearly. Services are to be held on Saturday, April 1 at the Crippen Mortuary in La Crescenta, California. Burial services follows at Forest Lawn Hollywood Hills.
To send flowers to the family or plant a tree in memory of Ruby Earney, please visit Tribute Store
Friday
31
March