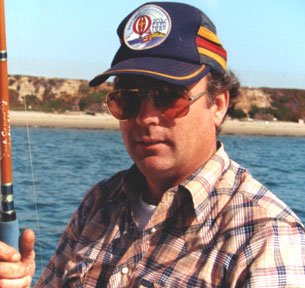 Please share a memory of John to include in a keepsake book for family and friends.
View Tribute Book
John (Jack) Connolly, a mechanic who served the La Canada/La Crescenta area for over 50 years, died Tuesday March 21st at his home in La Canada. He was 70. Jack was born June 6, 1946 in Brooklyn, NY to Pauline & Edward Connolly. In 1957 his family moved to Plattsburgh, NY where he grew up. Jack always liked working with his hands and repairing things from an early age. During his teenage years he started working on cars with his Uncle Walter and after he graduated from Plattsburg High School in 1964, he enlisted in the US Army. Jack served in the Army for 3 years, where he worked on trucks, tanks & other military vehicles. In 1967 Jack was stationed at Fort Ord, CA where he met his future wife, Kathy. They were married in La Canada in July of 1969. Jack started his mechanic's career with Southern California Edison, fixing their fleet of vehicles. In 1971 he opened his own auto repair shop, "Jack's Auto Service" and served the people of Montrose and the surrounding area for 25 years. In 1996 Jack went to work for the United States Postal Service at their Vehicle Maintenance Facility in Pasadena CA were he worked until the time of his death. Jack was an avid reader & had many hobbies including: Gardening, Fishing & Hunting. He was also an adult leader with the Boy Scouts of America at Troop 507 in La Canada for many years. He is survived by his wife of 47 years, Kathy Connolly, his children Patrick & Thomas & his younger brother James Connolly. A Memorial Mass will be held at Holy Redeemer Church in Montrose at the end of April. In Lieu of flowers please make a donation to the Vietnam Veterans Association or Veteran's Organization of your choice in Jack's name. Funeral Directors: Crippen Mortuary
To plant a beautiful memorial tree in memory of John Connolly, please visit our Tree Store

Look inside to read what others have shared
Family and friends are coming together online to create a special keepsake. Every memory left on the online obituary will be automatically included in this book.
View Tribute Book
Services for John Connolly
There are no events scheduled. You can still show your support by planting a tree in memory of John Connolly.
Plant a tree in memory of John
Share A Memory
Plant a Tree