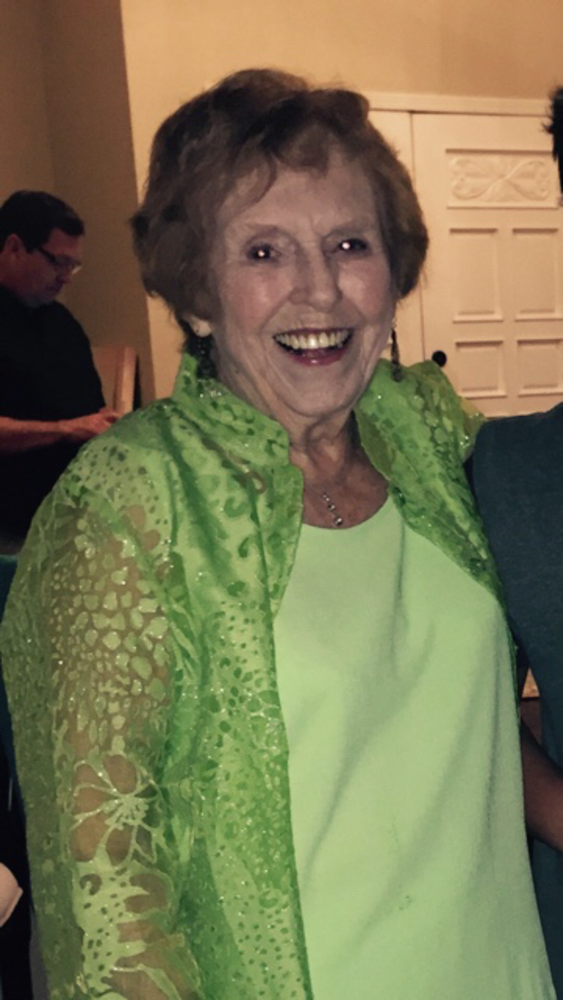 Please share a memory of Betty to include in a keepsake book for family and friends.
View Tribute Book

BETTY-JEAN PROSSER
(January 8, 1929-July 5, 2017)
It is with profound sadness that we announce the passing of our beloved grandmother, sister, aunt and mother-in-law. Born on January 8, 1929, in Alberta Canada, her vibrant spirit and tenacity left a mark on every single person that was lucky enough to cross her path, and everyone who had had that good fortune will agree that they have made memories to last beyond a lifetime. On July 5, 2017, we sadly said our goodbyes as Betty-Jean passed away peacefully at Huntington Memorial Hospital, surrounded by her family and in the hospital where she devoted 29 years as a volunteer in the gift shop.
She obtained her Bachelor of Science degree in nursing from the University of British Columbia and then immigrated to San Francisco where she gave birth to her only child Maureen. She moved to La Canada California in 1958 and has resided in the same home her entire life. She began her employment at the City of Pasadena Public Health Department. It was not long before she reached the position of Public Health Nursing Director and continued her tenacity when doing what she thought was right for the people of Pasadena. In 1974 she started the first Women’s, Infants, & Children(WIC), Supplemental Food and Nutrition Program for Pasadena and was one of the founding members of the Pasadena AIDS Coordinating Council(PACC). In 1988, Betty-Jean was chosen along with six other medical experts to be part of the “Blue Ribbon Task Force,” formed by members of the board of directors to study issues concerned with AIDS discrimination before a decision was to be made on the Pasadena Ordinance which was intended to make it illegal to refuse employment, housing, education or business services to those who had experienced close encounters with the victims, such as family members. She would ultimately become instrumental in securing Ryan White foundation funding for the greater San Gabriel Valley community resulting in the establishment of the AIDS Early Intervention Clinic. Whatever the needs for the health of the people of the San Gabriel Valley, Betty-Jean was undeterred. If the budget didn’t allow it she worked tirelessly on obtaining grants to enable her to establish programs for the health of the community such as the High Risk Pregnancy Treatment & Education Clinic at Huntington Memorial Hospital, the Child Health Clinic in Villa Park and the Jackie Robinson Center.
She was a longtime member ZONTA club of Pasadena, the Women’s Civic League of Pasadena, Planning Committee for Wellness Community-Foothills in Pasadena Annual Silver Saturday Event. She was a member of CHAP, the Community Health Alliance of Pasadena.
She loved to travel and entertain. Her door was always open for guest from all over the world and everyone who had the good fortune of knowing her can attest to the fact that she was one of the great party-givers.
She is survived by her brothers, Daniel and wife Marsha, Lon & wife June, & Brien and Donna Goodale, and her grandchildren, Mark, Paul, Brynne & Kara Lovretovich. Son in Law Joseph M. Lovretovich and his wife, Donna Lovretovich and step grandchildren, J. R. Megan and Christopher Lloyd. She is also survived by many cousins, nieces, nephews, and grandchildren.
She was predeceased by her brother Neil Goodale and her daughter Maureen Lovretovich
We would also like to thank the wonderful professionals at the CCU unit at Huntington Memorial Hospital and all of her dear friends to stayed by her bedside for her final journey.
There will be a visitation at Crippen Mortuary, 2900 Honolulu Avenue, Montrose Avenue, Montrose, California on Tuesday, July 11, 2017 between 6:30 and 8:00 pm.
Funeral Mass at Holy Redeemer Church at 2411 Montrose Avenue, Montrose, California, on July 12th at 10:00 a.m. with graveside services to follow at San Fernando Mission Cemetery at 11:30 am with a reception to follow.

To send flowers to the family or plant a tree in memory of Betty Prosser, please visit Tribute Store
Tuesday
11
July

Share Your Memory of
Betty
Upload Your Memory View All Memories
Be the first to upload a memory!
Share A Memory
Send Flowers
Plant a Tree