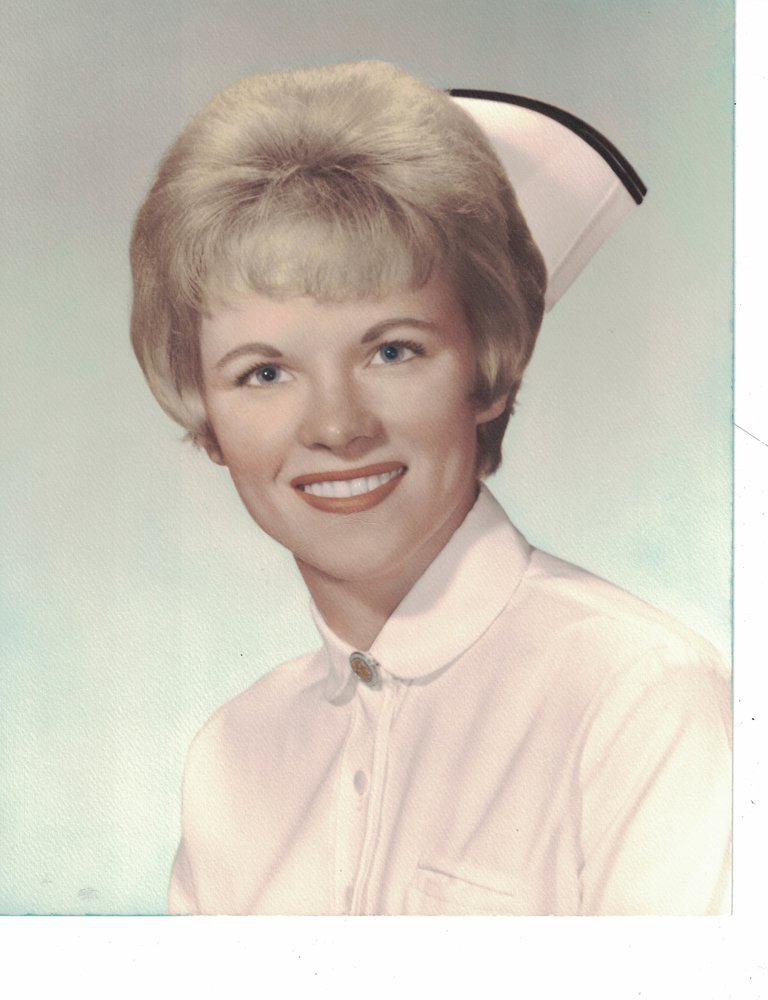 Please share a memory of Virginia to include in a keepsake book for family and friends.
View Tribute Book

Virginia M. Siman was born in Youngstown, Ohio on the 22nd of February 1938. Her parents were George Siman and Virginia (Kloppenberg) Siman. She was a very believing Catholic and attended St. James the Less church in La Crescenta regularly. She went to nursing school in Cleveland, Ohio and after graduation came to California in 1964. After working at hospitals in Los Angeles she heard that they needed nurses in the film business, so she went to work for Universal Pictures. She worked for them for the next 40 years! She spent most of her time as a location nurse and did her nursing work all over the 48 states + Hawaii. She also spent time in the “on lot” hospital at Universal and Disney. She worked with every star that you might think of and got the nickname of “Thumper”. After she retired and could relax she went to work as a volunteer nurse at St. James The Less school and served them for 10 years! She married Barret H. Wetherby in Boardman, Ohio in August of 1982, where they had a great reception, and upon their arrival back in La Crescenta had another reception. Barret and Virginia had a great life with lots of visits to her hometown every couple of years for a family reunion. They were also able to take a visit to Wetherby in England, onto Rome to see Dr. Costigan  renew his marriage vows, afterwards they ended their trip in Slovakia where they visited her family’s hometown. Virginia attended the gym at the YMCA in Glendale for the last 15 years as some of you may know. She then got involved with 3 different crochet groups whom she had a fantastic time with. As a conclusion, Virginia had more friends than Carter had pills, and she loved each one; and they all loved her! She will be missed, but we all know that she is now in a better home. A Funeral Mass was to be held on Wednesday, June 20, 2018 at St. Bede the Venerable Church in La Canada.

To plant a beautiful memorial tree in memory of Virginia Siman-Wetherby, please visit our Tree Store

Look inside to read what others have shared
Family and friends are coming together online to create a special keepsake. Every memory left on the online obituary will be automatically included in this book.
View Tribute Book
Services for Virginia Siman-Wetherby
There are no events scheduled. You can still show your support by planting a tree in memory of Virginia Siman-Wetherby.
Plant a tree in memory of Virginia
Share A Memory
Plant a Tree