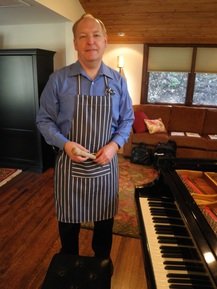 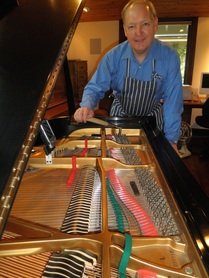 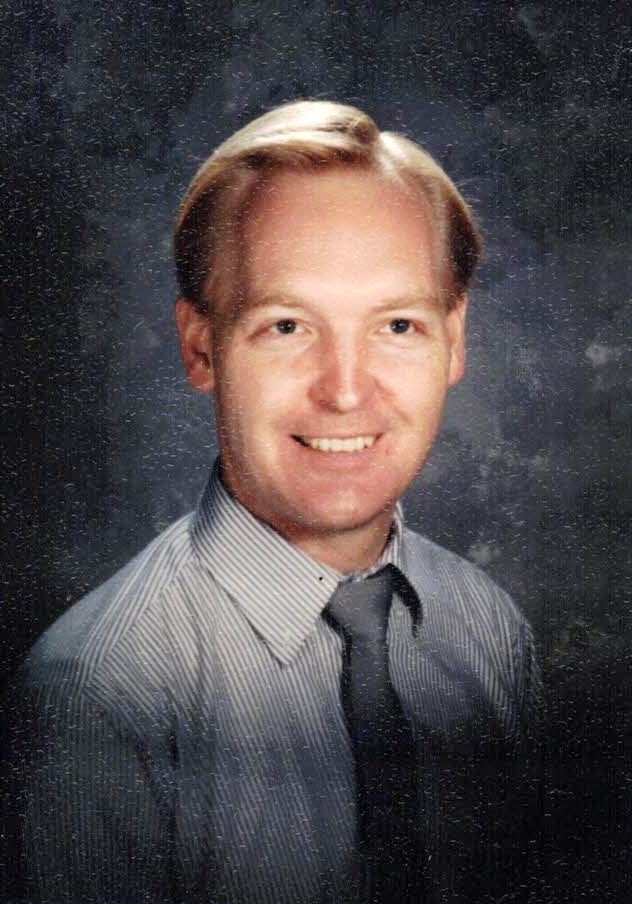 Please share a memory of Lonnie to include in a keepsake book for family and friends.
View Tribute Book
OBITUARY for Lonnie Dean Boesen Lonnie Dean Boesen passed away on January 8, 2020 in Northridge, CA. Lonnie was born in Tacoma, Washington on April 23, 1957. He graduated from Washington High School, in Tacoma, WA, in 1975. In high school, he played trumpet in the stage band and marching band, played sports, and participated in debates in his Speech class. Then, he attended Principia College, Elsah, IL, and graduated from there with a B.A. degree in Political Science in 1979. In addition, his studies at Principia College included studying music, having been influenced by his mother, Verla Rae Jossy, and grandmother, Helen Palmer, who both played piano and organ professionally and in church. He also was on the cross country team and in Chamber Singers and Choir. Engaged to his Principia College sweetheart and fellow chamber singer, Jane (Johnson) Boesen, a native Californian, he moved out to Los Angeles upon graduation. They were married at the Presbyterian Church of the Covenant in Costa Mesa on July 5, 1980, where Jane’s father, Dr. Aldis A. Johnson, was a member. Lonnie Dean worked in a variety of positions throughout Los Angeles. He was a camp counselor at the North Hollywood YMCA and a retirement plan administrator at the Holden Group in West Los Angeles. Then, he obtained a Multiple Subject Teaching credential at California State University, Northridge, receiving straight “As” in his coursework. After he received his teaching credential, he taught at Miller Elementary School in Burbank Unified School District. During the 1990s, he studied at the American Institute of Piano Technology in Los Angeles where he learned to rebuild and maintain pianos. In 1997, he earned the distinction of Registered Piano Technician having passed written and practical exams in tuning, regulation, and repairs. In March of 2016, he became the piano technician at California State University, Northridge. Lonnie was a life-long Christian Scientist who was very active in his church work at various branch churches of Christ, Scientist in the Los Angeles County area. He served as First Reader twice and once as Second Reader. He also served in other capacities: Executive Board, President, Vice President, and Executive Board member, Sunday School teacher, usher, and other church committee work. His Sunday School students always appreciated the way he taught the Bible stories as they would act out different Bible characters. He also served as chaplain in the Institutional work in the jail and prisons representing his church. Lonnie grew up near the wilderness areas in Tacoma and Seattle, Washington, and carried this love of nature into his California experience with his interest in the mountain and beach areas. He was an active athlete as he was a runner and mountaineer. He was involved in the Sierra Club and he was an instructor in the WTC, Wilderness Travel Course, a mountaineering organization. At his peak, he climbed many mountains in the Sierras, Cascades, and Rockies within a year. Although he embraced the California natural environment, he was always a Washington state boy at heart inspired by growing up near Mt. Rainier, which he climbed twice. Lonnie had a wonderful sense of humor. He would hum a tune and sing hymns and special songs. He would light up a room with his joy and love. He was an inspiring individual, leader, and he expressed such calmness and peace. He always took a sincere interest in each of his Piano Technician clients, colleagues at his worksites, fellow church members, neighbors, friends, and his loving family who adored him. He was dearly loved and will always be loved by all his family and friends. He enjoyed many travels up and down the coast of California to his native state, Washington, with his wife, Jane, to visit his family and friends. He liked traveling to many of the states in the United States of America and Canada learning about the history and culture of the areas. He is survived by his wife, Jane Boesen, of Sunland, CA; his father, Ronald Niels Boesen and stepmother, Shirley Boesen, of University Place, WA, and his stepsister, Diana Nihem, of University Place; brother, Randy and his wife, Jodi Boesen, of Puyallup WA, and their children, daughter, niece Ashley Casey, and her husband, Nathan Casey, and their sons: grandnephews Elliot and Alister Casey, of Frankfort, IL; son, nephew Tyler Boesen, of Spanaway, WA and niece Chelsea Nutter of Puyallup, WA, and niece Autumn Pletcher and her husband Caleb Pletcher, of Tacoma, WA; sister, Angela Jossy, and her daughter, Jessica Grant, of Tacoma, WA; the sons of Lonnie Dean’s late brother, David Boesen: nephew Eric Boesen, and his wife, Meagan Boesen, and their children, grandniece Camille and grandnephew Cyrus, of Puyallup, WA, nephew Andy Boesen of Tacoma, WA; brother-in-law, David Johnson and his wife, Susan Johnson, of Trabuco Canyon, CA, and their children, nephew Michael Johnson, and his wife, Dr. Shayla Chapman, and their son, grandnephew, Dashel, of Aliso Viejo, CA; niece, Kristin Slocum and her husband, Michael Slocum, and their son, grandnephew Lawson of Santa Margarita, CA; brother-in-law, Richard Johnson and his wife, Dianne Johnson, of Costa Mesa, CA, and their children: daughter, Jennifer Sweet, and her husband, Jason Sweet, of Costa Mesa, CA, and their children, Taylor and Nathan; son, Chris Candlish and his wife, Jamie Candlish, of Costa Mesa, CA, and their children: Ruby, Macy, and Campbell; and son, Richard Candlish of Costa Mesa, CA, and his daughter, Jordyn; and the son of Jane’s late sister, Joyce Wade, nephew Jeremiah Wade of Santa Monica, CA. He was preceded in death by his mother, Verla Rae Jossy, of Tacoma, WA, and his brother, David Boesen, of Tacoma, WA.
To send flowers to the family or plant a tree in memory of Lonnie Boesen, please visit Tribute Store
Saturday
25
January