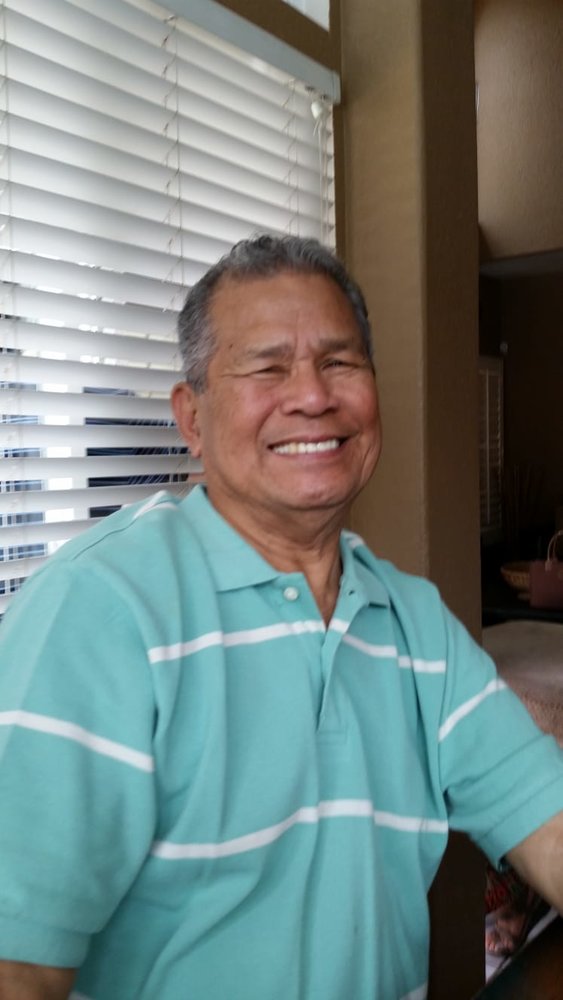 FELICIANO S. RODRIGUEZ APRIL 20, 1945 - JUNE 24, 2020 Feliciano Secondez Rodriguez, age 75, passed away peacefully on June 24, 2020 at Kindred Hospital of South Bay in Gardena. He was born on April 20, 1945, in Nagsubu, Batangas, Philippines. He is also known as “Fred” and is the 3rd child in their family of 10. He came to Guam, USA in the early 1970’s and shortly after that he moved here in California. He worked with Beverly Manor in Burbank as a Maintenance Manager in the late 1990’s, then went back to Guam as a Store Manager of JohnDel Supermarket. He retired at the age of 62 years old. After his retirement, he enjoyed fishing, boating, bowling & camping. He also loved to travel. He was an active member of Children’s Bread Apostolic Church in Oxnard & was Head of the Men’s Ministry of the Church until his death. Fred was so full of life. A man who has a bigger heart in his own right. He will always be in our hearts. He will be deeply missed by his family, friends and all who knew him. He was survived by his wife- Alice. His 6 siblings- Purita, Adelaida, Andres, Manuel, Flora & Josephine. 7 children- Rosario, Alfred, Richard, Michelle, Jerry, BJ & Rodney. 17 Grandchildren- Raelene, Joseph, Christian, Calysta, Brandon, Zachary, Madelyn, Charles, Emmanuel, Myrinda, Maleigha, Tristen, Treven, Niko, Kylie, Nathan & Carter Jude. 2 Great GrandchildrenCascius & Row.
To send flowers to the family or plant a tree in memory of Feliciano Rodriguez, please visit Tribute Store
Friday
10
July

Share Your Memory of
Feliciano
Upload Your Memory View All Memories
Be the first to upload a memory!
Share A Memory
Send Flowers
Plant a Tree