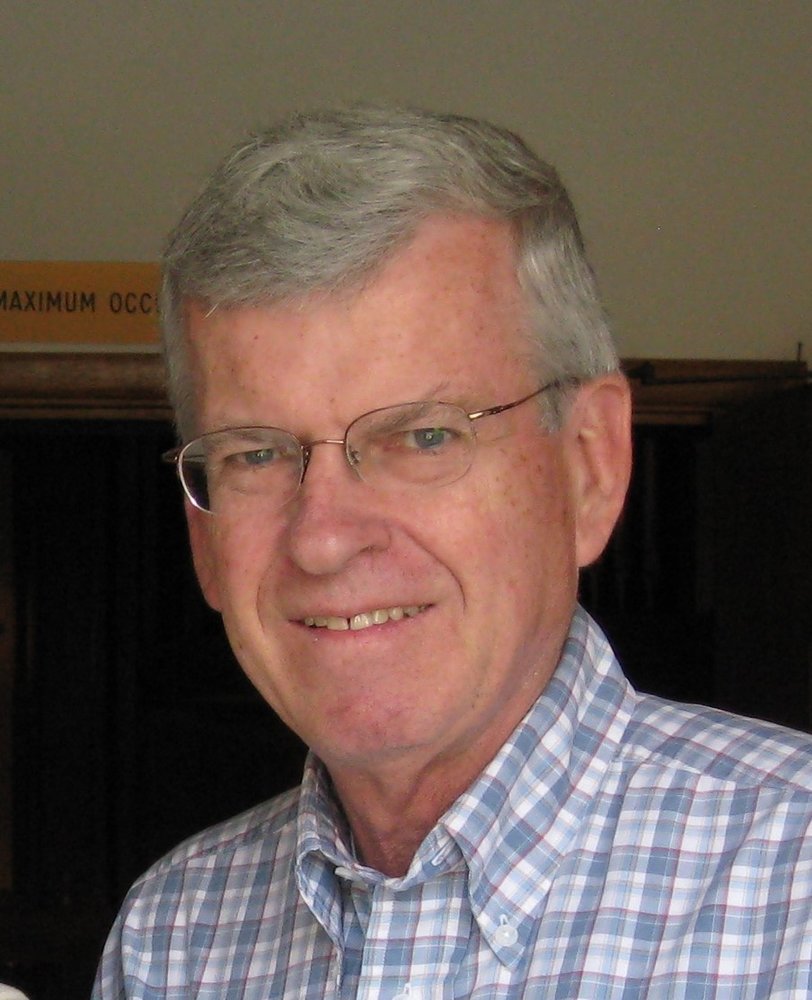 Please share a memory of James to include in a keepsake book for family and friends.
View Tribute Book
James Brooker Pollock passed away on May 25, 2020 at his home in La Cañada, California following a long battle with Parkinson’s disease. Jim was born in Glendale, California on July 17, 1941 to Reu and Elsie Pollock. He was the third of three boys, little brother to Tom and Ted. After graduating from Glendale High in 1959 he earned both his BA (accounting) and his JD from UCLA. Jim and Carri (Andersen) were married in November 1973, beginning a loving partnership of nearly half a century. After honeymooning in Carmel, they lived together in Santa Monica for a few years before moving to North Hollywood and starting a family. In 1977 their daughter Dana was born, and two years later they welcomed their son Darren. In 1986 the family moved to La Cañada, to the home where Jim would live out his years. Despite growing limitations from his Parkinson’s through his final decade, “Papa Jim” relished time spent with his four grandchildren. Jim worked for 42 years as a tax attorney, highlighted by three wonderful decades at Ralph Edwards Productions, where he wore many hats, rising to VP and General Counsel. Jim enjoyed a deep bond with Ralph and close friendships with his colleagues, who remember him for his warmth and honesty, quiet but firm leadership, abilty to make complex contracts personal and understandable, and for being “one of the good guys.” A lifelong sports fan, Jim played little league baseball as a child, and later enjoyed spending days on the golf course. He coached Dana’s softball teams for four years and was known throughout the league for his patience, gentle manner, and enthusiasm. He also loved watching sports, whether sharing special trips with Darren to see the Showtime Lakers at the Forum, cheering on Dana on the soccer field and Darren on the basketball court, or rooting for his inexplicably beloved Red Sox despite having no ties to Boston. Other favorite activites included hikes with Carri, fantasy sports (long before it was a trend), crossword puzzles, reading mystery novels and, later in life, playing Bridge with his friends at the LCF and Sparr Heights community centers. He and Carri took their family on wonderful adventures to distant locales like France and Scotland, Hawaii and NYC, as well as family anniversary trips to Carmel and memorable times spent with Carri’s side of the family on Gull Lake in Minnesota, and with Jim’s side on Balboa Island. Jim will be remembered for his keen intelligence, dry sense of humor, kindness, patience, and gentleness. He was always a solid support for his family, a confident and grounded pillar, ready to provide advice, perspective, or just a good laugh. He is survived by his wife, Carri Pollock; daughter, Dana Hanlon and husband Jeremy; son, Darren Pollock and wife Ashley; grandchildren Kelsea and Lindsay Hanlon, Charlotte (Charlie) and Carter Pollock; brother Ted Pollock; and a dozen nieces and nephews. Due to the Covid crisis we will not be having an in-person memorial service. However, we very much welcome any stories or memories that you have of Jim, which we can pass down to his grandchildren. A memorial website has been set up at http://www.never-gone.com/memorials/ jimpollock. Thank you to all family and friends who contributed to making Jim’s life a full and special one. In lieu of flowers, donations in Jim’s memory can be made to the Michael J. Fox Foundation (michaeljfox.org) or the Community Center of LCF (cclcf.org).
To plant a beautiful memorial tree in memory of James Pollock , please visit our Tree Store

Look inside to read what others have shared
Family and friends are coming together online to create a special keepsake. Every memory left on the online obituary will be automatically included in this book.
View Tribute Book
Services for James Pollock
There are no events scheduled. You can still show your support by planting a tree in memory of James Pollock .
Plant a tree in memory of James
Share A Memory
Plant a Tree