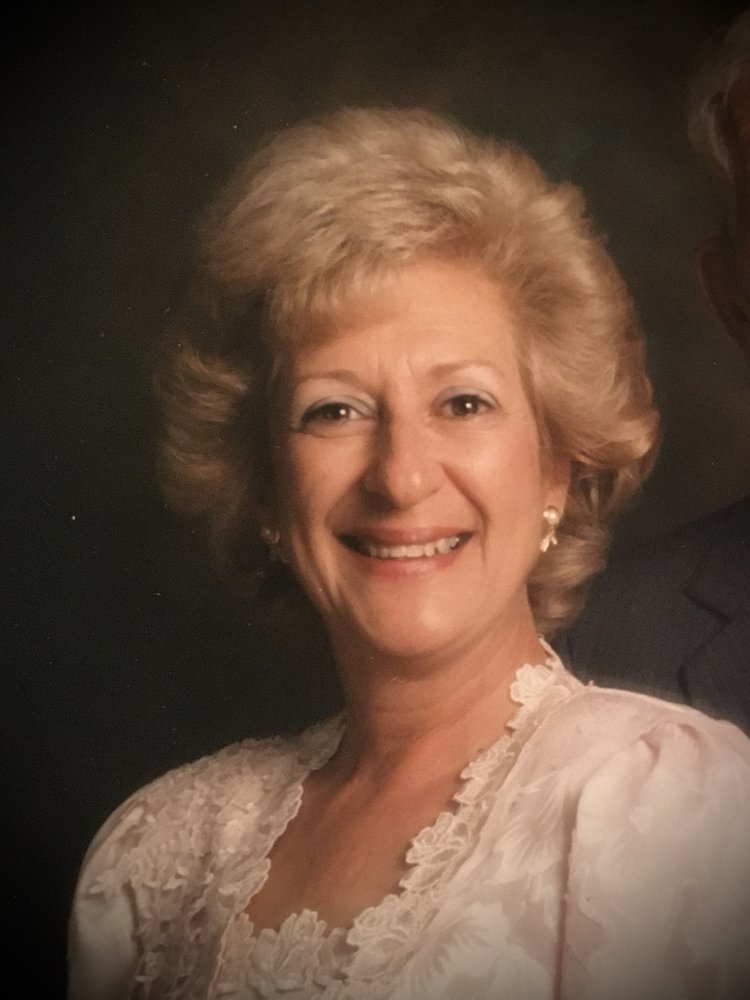 Please share a memory of Vinetta to include in a keepsake book for family and friends.
View Tribute Book
Vinetta Victoria “Vicki” Mesiano Thompson October 12, 1935 – July 3, 2020 Vicki Thompson passed away unexpectedly on the evening of July 3 rd due to an aortic aneurism. The first of Vincent & Etta Mesiano’s three daughters, Vinetta Victoria Mesiano was born and raised in the New York area. Twin sisters, Lindalee and Merrilee, were welcomed to the family six and a half years later. Vicki attended the University of Connecticut, Bridgeport in the field of dental hygiene. Ultimately, the allure of glamorous air travel beckoned, and she followed her heart becoming a stewardess with Capital Airlines. Years later, she would regale her family with stories of meeting well-known names of the time: Hugh Hefner telling her about a men’s magazine he was launching, a card game with Willie Mays, and a young man by the name of Elvis Presley, who was sweet and shy, and seemed to be quite popular with so many teenagers! On one junket from Newark to Greensboro–High Point, NC, she met her future husband, Edward Dickson Thompson. Ever the flirtatious one, Ed noticed Vicki at the gate counter and was thrilled to see that she was on the flight crew. He charmed her, got a phone number, and later called. The reception was icy. Vicki had seen three children lovingly greeting Ed as he deplaned to visit his hometown. Fortunately, after quickly explaining the children were his niece and nephews, the date was set. The rest was history and a 61-year marriage ensued. In 1959, after a formal wedding during a blizzard in New York City, the couple headed west to the Bay Area settling in Berkeley, where their 2 daughters were born. The family returned to New York where a son joined the clan. In 1969, the family again traveled west, moving to Glendale, CA where Ed & Vicki would reside for over 50 years. When her children were in school in the mid-’70s, Vicki began a career in teaching spending nearly 37 years working in GUSD elementary schools; she did it all! She started as a volunteer reading tutor, became a resource specialist, a special education program coordinator, and retired as an RSP Education Assistant after 20 years at Verdugo Woodlands Elementary School. Vicki is survived by her husband Ed, her children Tori (John), Marina (Kevin), & Keith (Brenda), her sisters and her 6 grandchildren, Raleigh, Makenna, Veronica, Carolina, Keira & Luke, who will forever miss their Marmee. The immediate family gathered on July 17th for a small chapel service in La Crescenta, CA. The Reverend Thomas Quijada-Discavage officiated. Family is planning a Celebration of Life for all family and friends in the coming months when it is safe to do so. To honor Vicki’s long and beautiful life, the family asks that donations be made to the following organizations whose missions were close to her heart: * Donors Choose (DonarsChoose.org) Online donations of your choice to fund classroom materials and projects for children who need it most - “Support a classroom; build a future.” See “In Memorium donations” for instructions. * Special Olympics (sosc.org) Online donations. * Meals on Wheels Glendale. Note in the memo line “In honor of Vicki Thompson” and send checks to: Salvation Army - Meals on Wheels Glendale, 320 W. Windsor Rd. Glendale, CA 91204, Attn: Marlin Galvez ** Please include Ed as the family contact to whom notifications of the donations will be sent: Edward Thompson 917 N. Louise Street, #316 Glendale, CA 91207
To plant a beautiful memorial tree in memory of Vinetta Thompson, please visit our Tree Store

Look inside to read what others have shared
Family and friends are coming together online to create a special keepsake. Every memory left on the online obituary will be automatically included in this book.
View Tribute Book
Services for Vinetta Thompson
There are no events scheduled. You can still show your support by planting a tree in memory of Vinetta Thompson.
Plant a tree in memory of Vinetta
Share A Memory
Plant a Tree