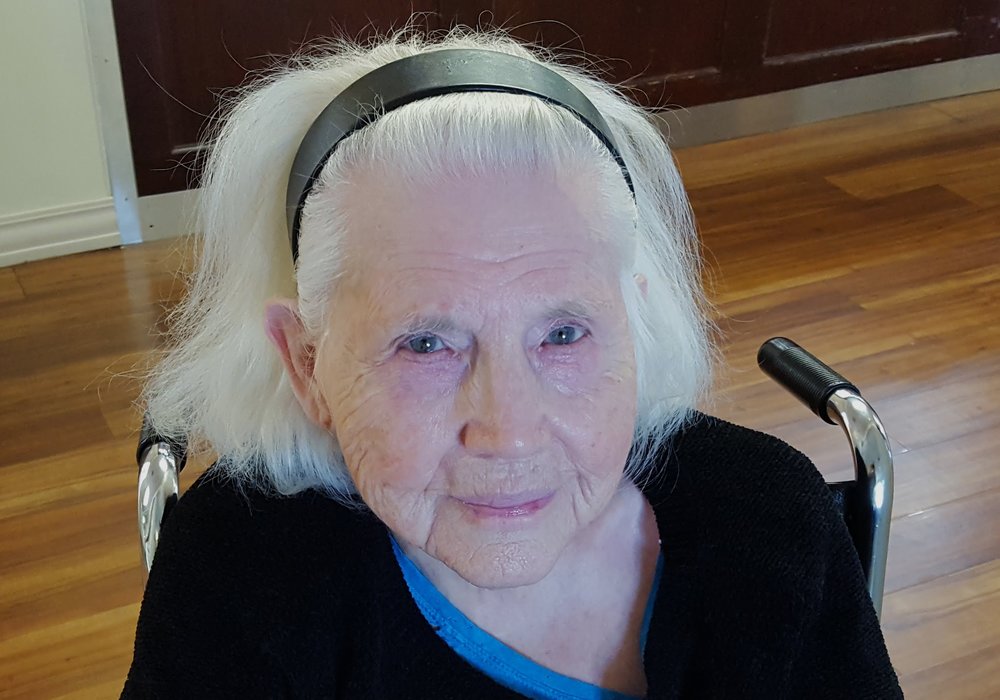 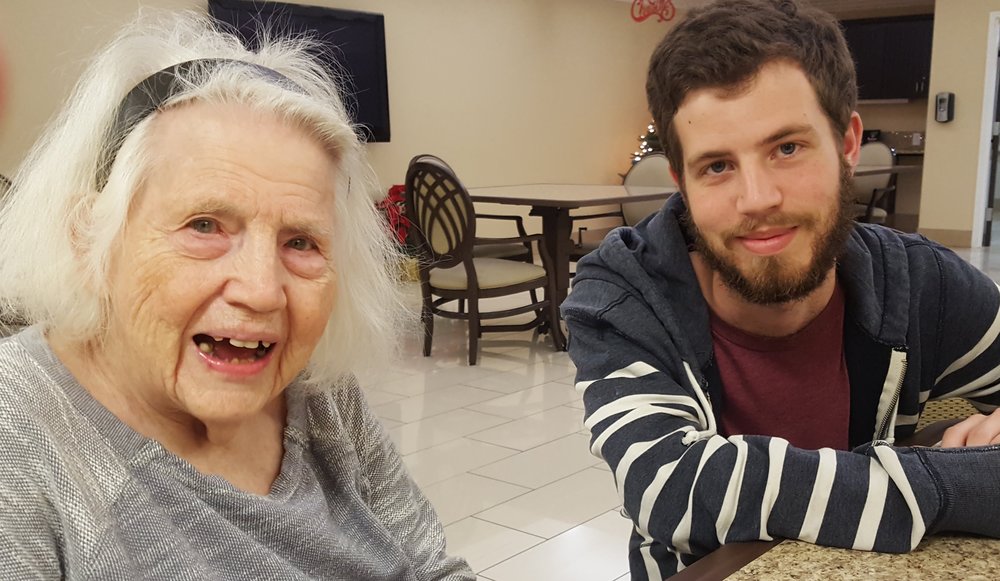 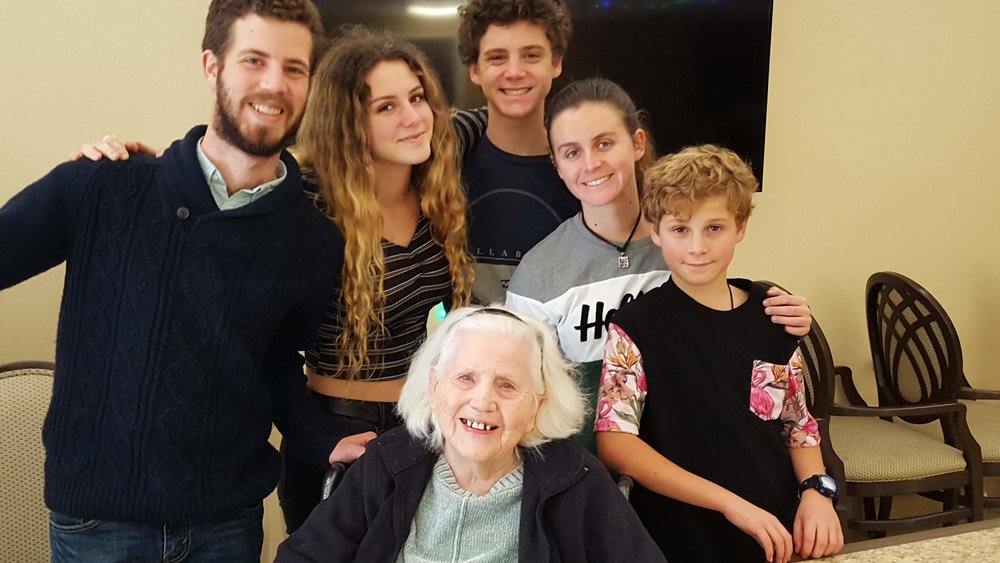 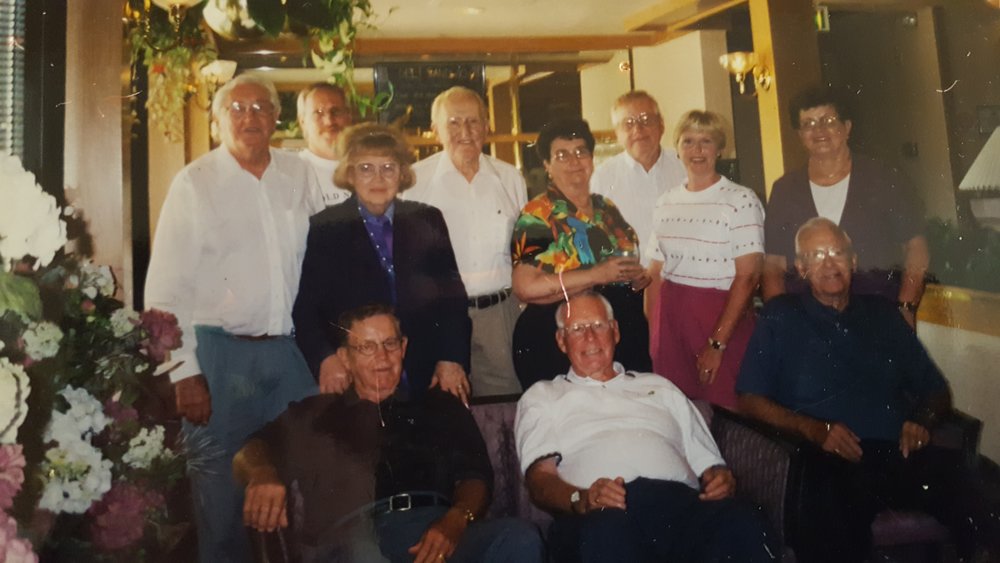 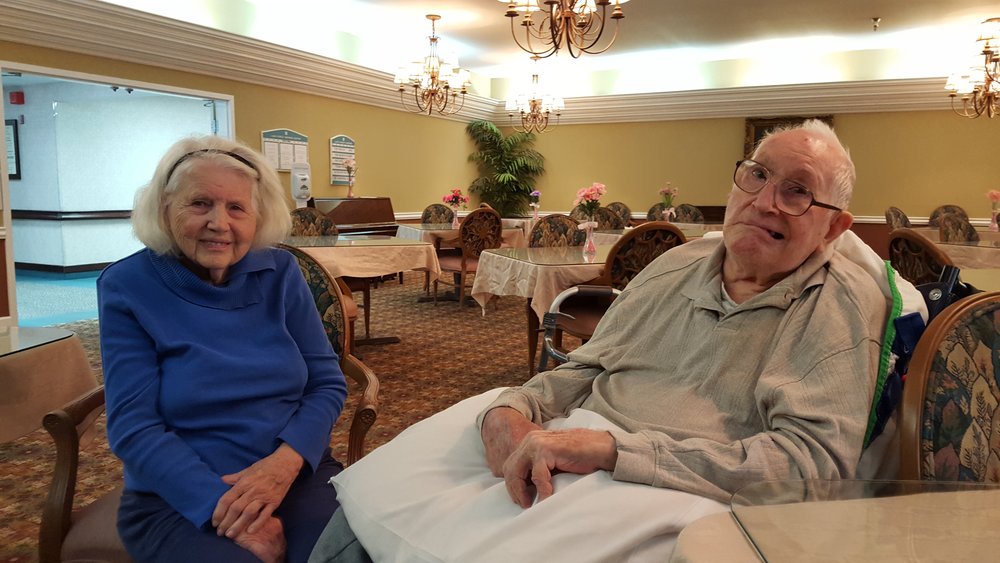 Please share a memory of Delores to include in a keepsake book for family and friends.
View Tribute Book
Delores Mary Healy passed away on Sunday, August 2, 2020 in Santa Ana, CA. Delores had tested positive for Covid19 on July 23rd. Her passing is attributed to her full age of life more than her Covid19 diagnosis because she was declared asymptomatic. Delores was born Delores Mary Dickes on December 29, 1926 in Fordyce, Nebraska to her parents Agnes Christine and John Clement Dickes on their family farm. She was the 11th child in a family of 16 children born to her parents. Her life on the farm was filled with love, music, and work as the family raised cattle, hogs, and chickens as well as grain and corn as usual for family farms. Her home was a steadfast Christian home with devout Catholicism. Her Catholic parish in Fordyce was Ss. Boniface and John the Baptist. Delores’ education continued through the 8th grade after which time she remained home to help her parents. Later, she enrolled in Beauty School in Yankton, South Dakota where she graduated as a certified beautician . After graduating from the beauty college she spent time living in Yankton to begin her career as a professional hairdresser. Delores married Roland Gerald Healy of Irene, South Dakota on August 16, 1951. After living in South Dakota for two years, Delores and Roland followed their dreams and moved to Glendale, California in 1953. In April of 1955 Delores and Roland purchased a home in Tujunga, California and began a family the following October. Delores continued her career as a hairdresser and Roland began employment with Ralphs Grocery Company. Over the years Delores progressed from a shop in Glendale to operating shops in two nursing centers located in Montrose, CA. Delores loved her job and clients. Delores and Roland were very involved in their Catholic parish, St. James the Less of La Crescenta where they were founding members. Delores volunteered for the parish school as her two children attended there. Both Delores and Roland continued to volunteer at St. James until their age and Roland’s failing health took them in other directions. After 47 years in the same home Delores and Roland relocated to Mission Viejo to be closer to family. Unfortunately, Delores lived on her own while Roland was cared for in a skilled nursing facility. Delores spent these years by her husband’s bedside everyday at his residence until Roland’s death on the 4th of September, 2016. Delores is survived by her daughter and son-in-law Karen and Gregg Stempson of Laguna Niguel, CA and her son and daughter-in-law Jerome and Theresa Healy of Mission Viejo, CA., as well as grandchildren Derek Smith of Rochester, NY, Heather Robinson of San Diego, CA., Christopher Healy of Sunnyvale, CA., Amanda Healy of Redlands, CA., Emily Healy of Mission Viejo, CA., Timothy Healy of Mission Viejo, CA. and Thomas Healy of Mission Viejo, CA. Delores’ younger sister, Sr. Rosaleen Dickes also survives in Yankton, South Dakota as the last of the 16 Dickes children. Delores will be laid to rest at San Fernando Mission Cemetery in Mission Hills, California on August 7th, 2020 alongside her husband, Roland.
To send flowers to the family or plant a tree in memory of Delores Healy, please visit Tribute Store
Friday
7
August