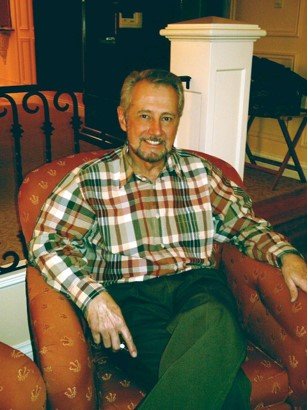 Please share a memory of Kurt to include in a keepsake book for family and friends.
View Tribute Book
Kurt E. Binner passed away peacefully at home in La Canada-Flintridge on February 12, 2021 after a brief battle with lung cancer. He had recently celebrated his 80th birthday. Kurt was born and raised in Chicago where he met and married the love of his life, Carol (Hanke) Binner, in 1966. They moved to California in 1968, enjoying 35 wonderful years together, traveling the world, raising many adorable Scotties and enjoying their beautiful second home in Big Bear, CA. Tragically, Kurt lost his beloved Carol in 2002, also to cancer. They were utterly devoted to one another and are reunited now for all eternity. Kurt’s professional career spanned 40 years working as an Administrator for the City Of Glendale, Information Services Department. He was fascinated with computer science as it evolved and took many courses to keep current with the technology. His admitted second career was spent remodeling, designing and updating their two homes, always with an endless project list. He had a passion for sports cars, having owned many during the course of his life and looked forward to attending auto shows to preview the newest models. Kurt will be remembered for being a kindhearted, intelligent, generous and humble gentleman who was admired by all who knew him. He was a loving Uncle and brother-in-law to his remaining family and a devoted faithful friend. Kurt is predeceased by his parents, Kurt and Gertrude Binner Sr, his brother, Donald Binner and his wife Carol. He is survived by sister-in-law Debra (Hanke) Burke, nephews Timothy Burke and Bryan Burke (Sherrie) in California and several Binner relatives in the mid-west. A private Celebration of Life is planned at a later date. In lieu of flowers, the family requests donations be made in Kurt’s memory to The American Cancer Society.
To plant a beautiful memorial tree in memory of Kurt Binner, please visit our Tree Store

Look inside to read what others have shared
Family and friends are coming together online to create a special keepsake. Every memory left on the online obituary will be automatically included in this book.
View Tribute Book
Services for Kurt Binner
There are no events scheduled. You can still show your support by planting a tree in memory of Kurt Binner.
Plant a tree in memory of Kurt
Share A Memory
Plant a Tree