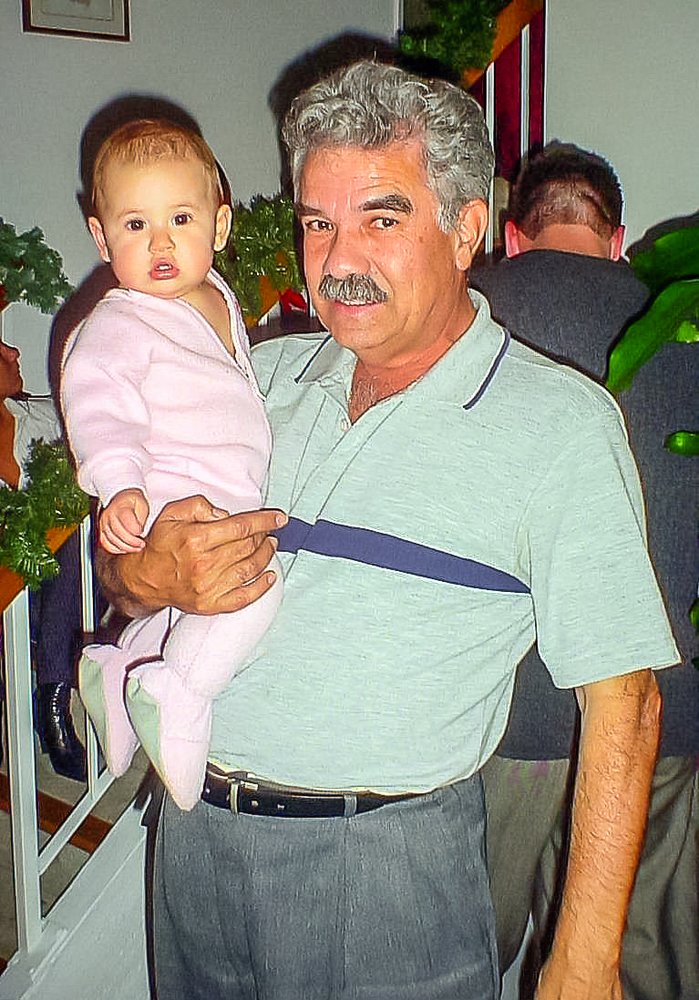 Please share a memory of Hugo to include in a keepsake book for family and friends.
View Tribute Book
Hugo Cadena 10 June 1945- 21 June 2021 Hugo Cadena was born on June 10, 1945 in Montenegro, Colombia and died peacefully at his home in La Crescenta, California on June 21, 2021 after a 5-year battle with multiple myeloma. He was 76 years old. Hugo was the second child of Carlos Cadena and Melba Posada and had seven siblings: Javier, Ruby, Nelly, Yolanda, Carlos, Diego and Lily. At the age of seventeen he emigrated to the United States under his uncle’s sponsorship where he lived and worked in Los Angeles until he was drafted into the US Army at 21 years old. He served in the Army from 1966-1968, fighting for his adopted country against communism in Vietnam, was wounded in action, and was awarded the Purple Heart. Upon his return, Hugo worked as an electronics repairman for his uncle, and later became an entrepreneur. In October 1972 Hugo married Monica DeSurra, a Los Angeles native. In 1979 he became a U.S. citizen and in 1988 they moved to La Crescenta and became parishioners at St. James the Less Catholic Church. Hugo was an enthusiastic supporter of his children’s sports activities, rarely missing a game. Hugo is survived by his wife Monica of 48 years, his two children, Eric and Christina, and three grandchildren Hope, Dean and Evelyn. Everyone who knew Hugo - or even crossed his path- felt the same thing about him. He was the gentlest, kindest, most attentive person - a man who knew how to listen and support without judgement. May Hugo rest in the loving arms of his Savior, freed from the pain and suffering he endured so heroically. In Hugo Cadena’s honor, donations can made to the Multiple Myeloma Research Foundation themmrf.org Funeral Mass on July 2, 2021 at 10:00 am at Saint James the Less Catholic Church in La Crescenta and Committal Services with military honors to be held at 1:00 pm at the Los Angeles National Cemetery, 950 S. Sepulveda Blvd.
To send flowers to the family or plant a tree in memory of Hugo Cadena, please visit Tribute Store
Friday
2
July