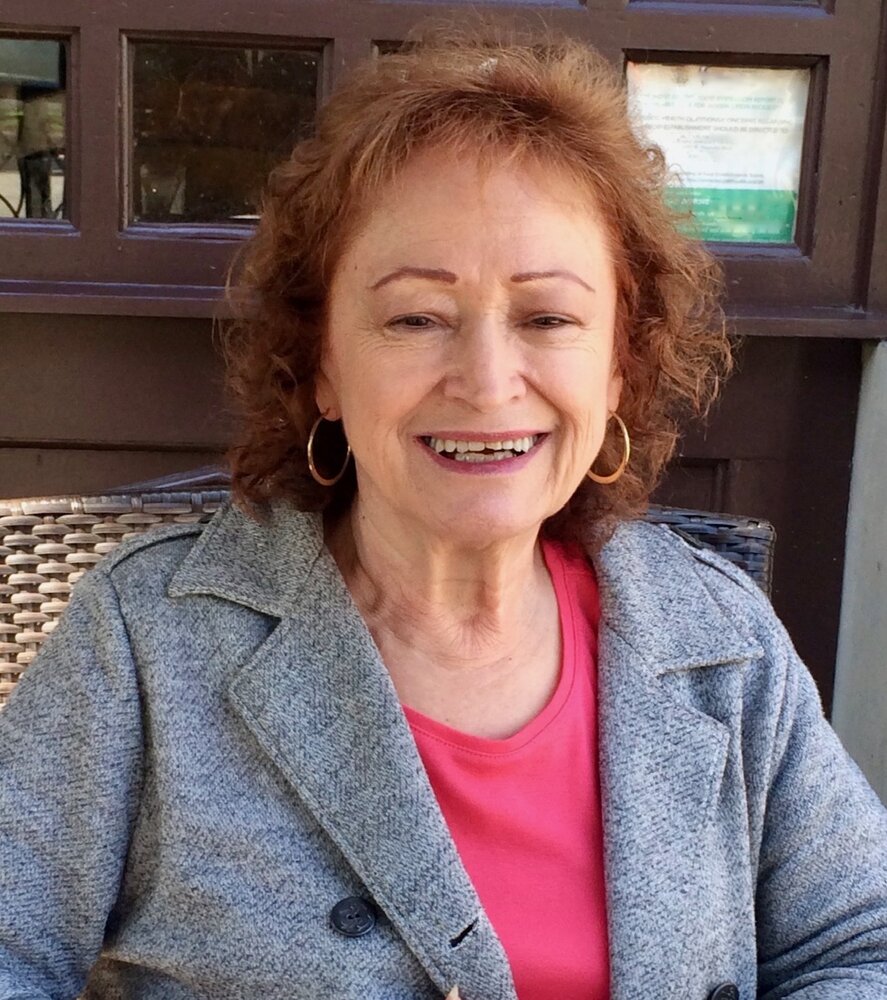 Please share a memory of Rachel to include in a keepsake book for family and friends.
View Tribute Book
Rachel McKeehan, 80, passed away on Tuesday, February 8th in Santa Barbara, CA. Her three daughters were by her side as she went peacefully into the arms of her heavenly Father. Rachel was a 50-year resident of La Crescenta and a parishioner of St James the Less Catholic Church for over four decades. She is survived by her daughters Tamera Renn, Shelley McKeehan and Nicole Scates; her five grandchildren Kiera Carbajal, Michaela Renn, Shannon Renn, Hope English and Donovan Scates; and great grandchildren Asher Carnes and Maisie Carbajal. She was born Rachel Patron on January 28, 1942 in Los Angeles, CA. She was the youngest of six siblings. Her parents were Mexican immigrants who owned a restaurant in East Los Angeles. They lived in the apartment above their restaurant for most of her childhood. She graduated from Lincoln High School in Lincoln Heights, CA in 1961. She was a cheerleader at Lincoln High, where she met her future husband, John McKeehan. Rachel and John were married for 27 years and had three daughters. They bought their first home in La Crescenta in 1966. Their daughters attended St. James Catholic School and graduated from Crescenta Valley High School. She was active at St James School, both as a room parent and Girl Scout leader. Her daughters were always her number one priority. She spent her time volunteering at the church and within the school community for many years, where she made a number of lifelong friends. Rachel also loved to sing and was a member of the church choir at St. James for well over a decade. Rachel was a stay-at-home mom until her youngest, Nicole, was in high school. She then went to work at Thompson Photography Studio in Montrose, CA, where she met Art Wilson. They were together for 30 years. She loved the mountains and the ocean. June Lake and Pismo Beach were among her favorite vacation spots. She was also a big fan of playing the slot machines in Las Vegas, where she seemed to have a lucky streak. After leaving Thompson Photography, she worked as a medical receptionist and translator for 20 years, working at both Cigna Healthcare and HealthCare Partners until her retirement in 2011. A few short years later, she was diagnosed with dementia and began her long journey in Memory Care. She was blessed to have compassionate and kind caregivers at home and at her care facilities. One of her early caregivers was her dear friend of over 50 years, Claudia Micheli. Rachel was also fortunate to be cared for by staff at The Ranch House in Pasadena, CA and, finally, at Mission Villa in Santa Barbara, CA. All who knew her will remember her beautiful smile and contagious laugh. When she took her last breath, she smiled the most radiant smile as she was welcomed home. A rosary will be held on Thursday, March 10th at 6:30pm at Crippen Mortuary in La Crescenta. There will be a funeral mass on Friday, March 11th at 12:30 pm at St James the Less Catholic Church in La Crescenta. In lieu of flowers, the family suggests that a donation be made in her name to Alzheimersla.org
To send flowers to the family or plant a tree in memory of Rachel McKeehan, please visit Tribute Store
Thursday
10
March