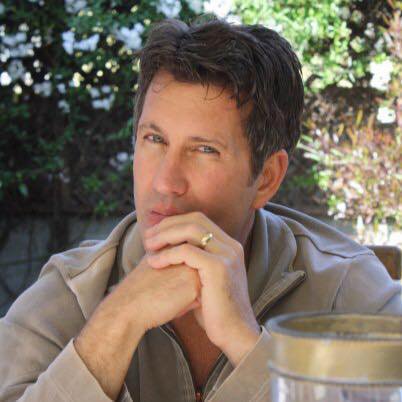 Please share a memory of Perry to include in a keepsake book for family and friends.
View Tribute Book
Perry Scott Prather passed away at the age of 56 on Tuesday, March 1, 2016 at his home in Lake Arrowhead. Scott was preceded in death by his grandmother, Jinkie Hughes, father Hugh Prather and mother Blanche Brown. He leaves behind his husband, Patrick O’Neil Bruner, his loyal boys, Oakley & Alfie, sister-in-law Karen Michaelis and Steve Lendino, brother George Allen, sister-n-law, Annessa Allen, sister Sally Haggard and brother-in-law Jason Haggard, as well as numerous nieces and nephews. ABOUT SCOTT Scott was truly a loyal husband, brother, uncle and friend with an opinion about everything and everyone. Scott had an ongoing secret love affair with ice cream and powdered sugar, two things that always brightened his day. While in the kitchen many people knew of Scott’s amazing chef abilities. As a chef he was classically trained and wildly creative. If the refrigerator were bare and only containing three random ingredients he could create a dish that would have you writing reviews on social media for weeks. His highlights as a chef were taking care of Suzanne Pleshette (she became a mother to him) and Tom Poston until their deaths, then his time with Mrs. Barbara Sinatra. All three of those wonderful people brought him so much joy and happiness. Scott’s truest passion was his role as hedge fund manager. He was incredibly smart, and intuitive and would share “tips” about the market. His “tips” were exact and how he loved to say “Told you...I told you it was going to happen!” all said with his signature smile and a slap on the table. Scott’s best ability was to help and guide others in need. He was either telling you how to run your business, sell your business, change your business, go to school, go to therapy, find a support group, show up, stand up and always look for the good in your family in friends. He loathed addiction and alcoholism and the toll it had taken on countless people in his life. Scott’s other ability was his use of more colorful language should you be on the receiving end in an argument. Rarely has a man been so gifted with the ability to craft a heated sentence and deliver it with such little effort. He never cared much for lawyers, but he could’ve been counted among the best if it had been a career choice. Scott had a wickedly dry and sarcastic sense of humor that was followed by a great bellowing laugh that could fill an arena, an infectious laugh that would fill everyone with joy. Most recently, Scott was livid about the 2016 current election cycle and should you be voting for Donald Trump – BE PREPARED TO BE HAUNTED! He’ll never let you forget your mistake. Now Scott, finally, is at rest and out of excruciating pain that had plagued him for so many years. Don’t lose the meaning of this tragedy. It is time that pain doctors take responsibility for their reckless behavior and heavy-handed prescriptions. They need to treat the person, not only the symptom as they’re helping to cut short too many lives. If someone tells you they need help, help them. If someone tells you they want friends around, keep friends around. If someone tells you that life is too hard, make it easier. If someone tells you they're depressed, seek help immediately. Don’t let a day go by without saying “I love you”, tell them over and over. Whenever their arms are free, hug them long and hard. If their lips are available, kiss them…kiss them often. Every time you see your loved one, shower them with love and praise, for just being in your life. Life is too short for petty arguments; grudges and withholding forgiveness…make everyone know that they are truly special and matter. A friend recently said that "your friends are a reflection of your soul", Scott's friends were all giving, loving, inspirational, loyal, trustworthy and extraordinary...all six of those traits perfectly sum up this amazing man, my husband, your brother, your uncle, your friend, Perry Scott Prather. “Scottie, I wish I had done all of these things more often and my life is forever enriched and changed all because of two simple words I said to you “I do”. I will never forget you, sweetheart and I will cherish every memory of you as long as I walk this earth. Much Love, PB”
To send flowers to the family or plant a tree in memory of Perry Prather, please visit Tribute Store
Wednesday
16
March

Share Your Memory of
Perry
Upload Your Memory View All Memories
Be the first to upload a memory!
Share A Memory
Send Flowers
Plant a Tree