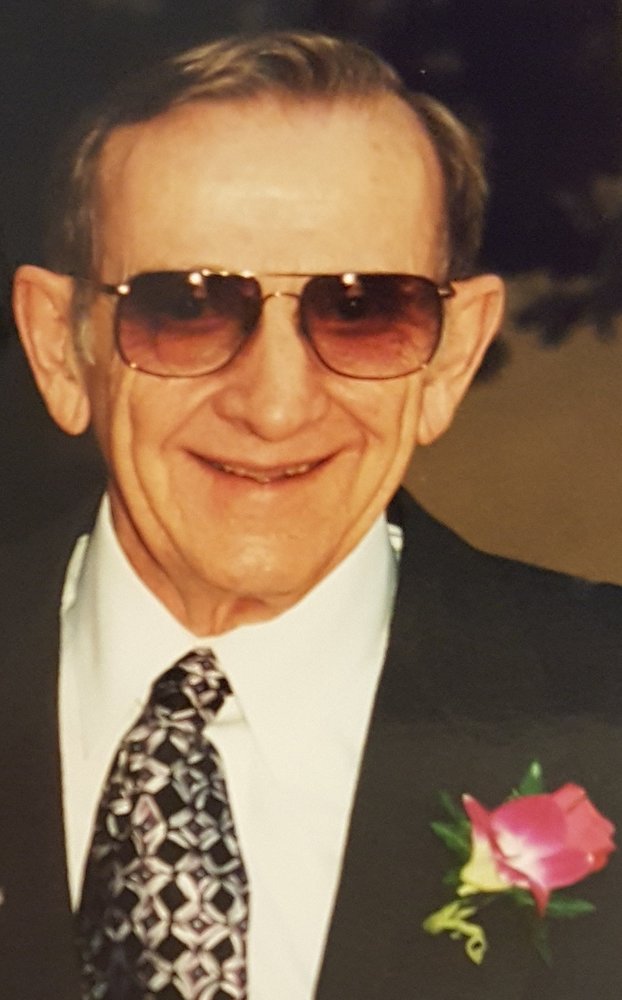 Please share a memory of William to include in a keepsake book for family and friends.
View Tribute Book
William Herbert “Bill” Carlson, 88 years old, of Montrose California, passed away on September 11th, 2016 in Montrose California. Funeral Services will be held at Holy Redeemer Catholic Church on Monday September 19th, 2016 at 1:00pm. Crippen Mortuary, of La Crescenta California, will be handling the funeral arrangements. Bill was born in Malta Township in Big Stone County Minnesota to John and Margaret Carlson on January 29th, 1928. He grew up in Clinton and his family moved to Minneapolis in 1942 where he attended Central High School and graduated in January 1946. Immediately after graduation, he joined the U.S. Navy in February 1946 and served at the end of WWII. After he left the Navy, he held various jobs in Minnesota and married his sweetheart, Irene Anderson , in 1949. They moved to California in 1955 where worked at Lockheed. He joined the Glendale Fire Department in 1957 and enjoyed a wonderful career until his retirement at the rank of Captain in 1986. Since 1986, he had enjoyed his retirement with his wife, his son and grand-children. They spent lots of time fishing and other activities with family and friends. Bill is survived by his sister, MaryAnn Bove, his wife, Irene, his son, Mark, his daughter-in-law, Jeannie, and his grandsons, Benjamin and Jonathan. He is preceded in death by his parents, John and Margaret, and his sister, Lucille. In lieu of flowers, memorial donations may be made to “Firefighters Quest for Burn Survivors”, of Glendale California (http://www.firefightersquest.org). The family wishes to extend their gratitude to the Glendale Fire Department and it’s retirees for all their support during this difficult time.
To send flowers to the family or plant a tree in memory of William Carlson, please visit Tribute Store
Monday
19
September

Share Your Memory of
William
Upload Your Memory View All Memories
Be the first to upload a memory!
Share A Memory
Send Flowers
Plant a Tree